As the Rocky Mountain region plans its energy future, one study suggests that shifting power production from fossil fuels to renewable sources could save society at least $1 billion. 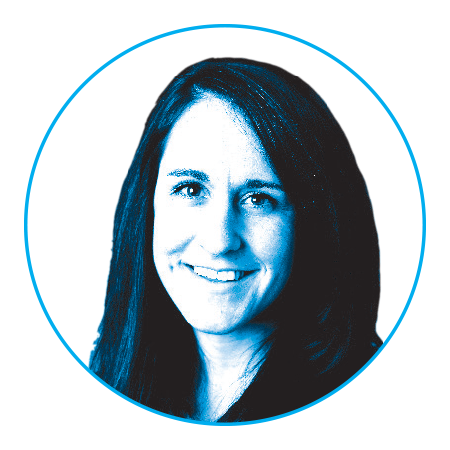 Capps is an assistant professor in the Department of Civil, Architectural and Environmental Engineering in the College of Engineering.

Research by Drexel and the University of Colorado at Boulder suggests that imposing fees on energy producers that emit greenhouse gas could improve the health and financial well-being of the Rocky Mountain region.

The team used sophisticated modeling programs that estimate atmospheric concentrations of ozone, a ground-level pollutant, by considering factors like current emissions from power plants, weather trends and changes in energy production. They compared the effects of proposed production policies of three scenarios in the Rocky Mountain region with the current status quo.

The 2030 baseline scenario includes planned transitions away from coal-fired power plants and toward natural gas extracted from new sites in the region. 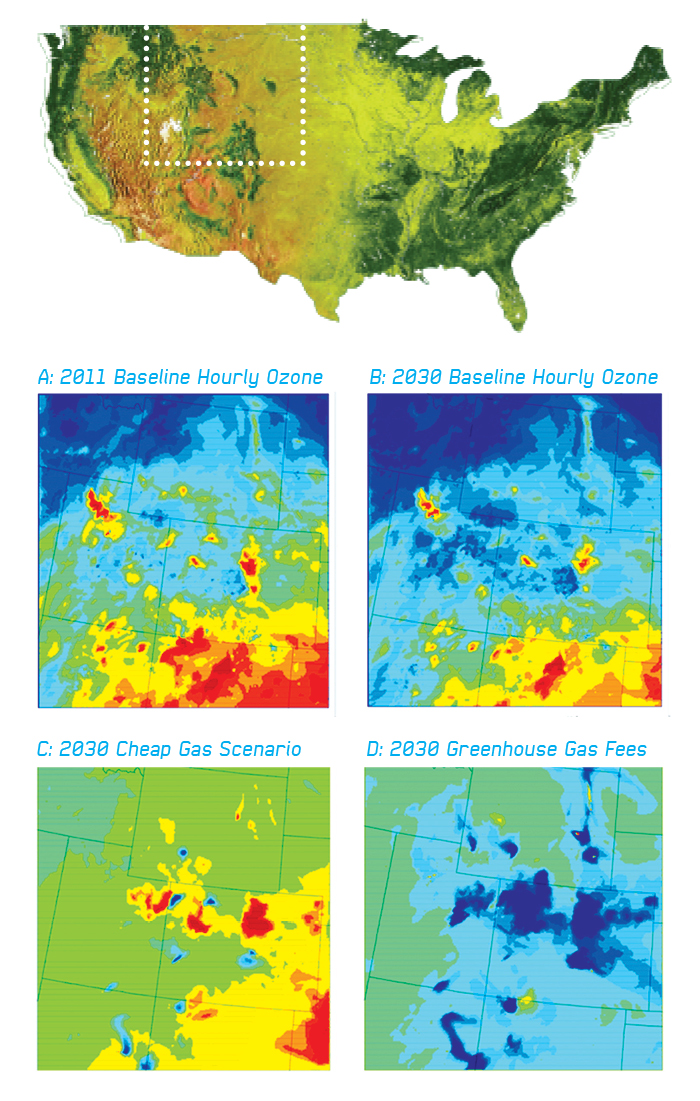 Map A shows hourly ozone levels across the Rocky Mountain states in 2011, while Map B predicts future ozone levels in 2030 under current energy policies. Map C evaluates how ozone could be impacted by 2030 in a scenario of cheap, widely used gas. By comparison, Map D models a scenario in which greenhouse gas emissions fees are imposed on energy producers. (Red indicates high ozone levels, with cooler colors indicating lower levels.)

Two scenarios evaluate possible economic drivers of energy production in 2030 – cheap natural gas or fees on greenhouse gas (GHG) emissions. The first scenario considers the effects of lower costs of energy production from natural gas. The second scenario considers the possibility of fees being imposed on the producers of greenhouse gas — a policy that has been proposed by current proponents of the Green New Deal.

Their research predicts that planned regulations on energy production by 2030 would prevent about 200 people from dying early due to exposure to ozone and would reduce GHG emissions by 4 percent, saving society about $2.2 billion annually. If, however, natural gas becomes even more ubiquitous as an energy source in 2030, these societal savings would be reduced by about 20 percent. However, with greenhouse gas fees, at least $1.2 billion in additional societal benefit would accumulate due to 10 more premature deaths being prevented and a nearly 30 percent decrease in emissions.

“The current administration and Congress will continue to shape the future of energy production in the Rocky Mountain region as well as the entire United States,” says Assistant Professor Shannon Capps. “This study demonstrates that these decisions will have significant health and economic impacts.”