Can an app alert save a life? The UnityPhilly app from the Dornsife School of Public Health empowers community members to respond to opioid overdoses in less time than it takes an ambulance to arrive. 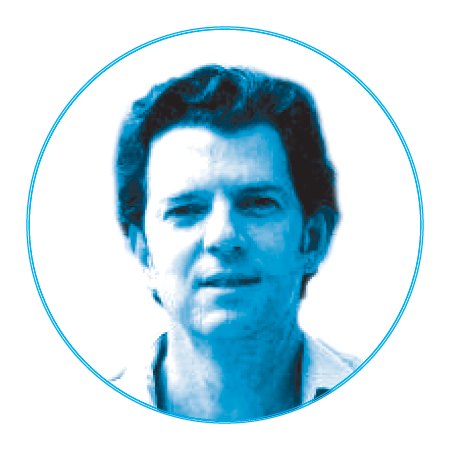 Lankenau is associate dean of research and a professor in the Department of Community Health and Prevention in the Dornsife School of Public Health.

Equipped with medication and a smartphone app, community members can save lives in the fight against America’s opioid crisis, according to a pilot study out of the Dornsife School of Public Health.

Researchers developed an app called UnityPhilly that allows enrolled participants to signal and respond to opioid overdoses as laypersons. During a year-long observational study that concluded in February 2020, 112 adult Philadelphians, 57 of whom use opioids, reported 291 suspected overdoses and alerted nearby volunteers using the app.

In the 74 cases deemed overdose emergencies, a successful reversal was reported in 95.9 percent of cases when app users either witnessed an overdose, signaled an alert in the app and then administered naloxone themselves, or received an alert via the app and traveled to the location to administer naloxone. Naloxone medication instantly blocks opioid receptors, reversing an overdose. 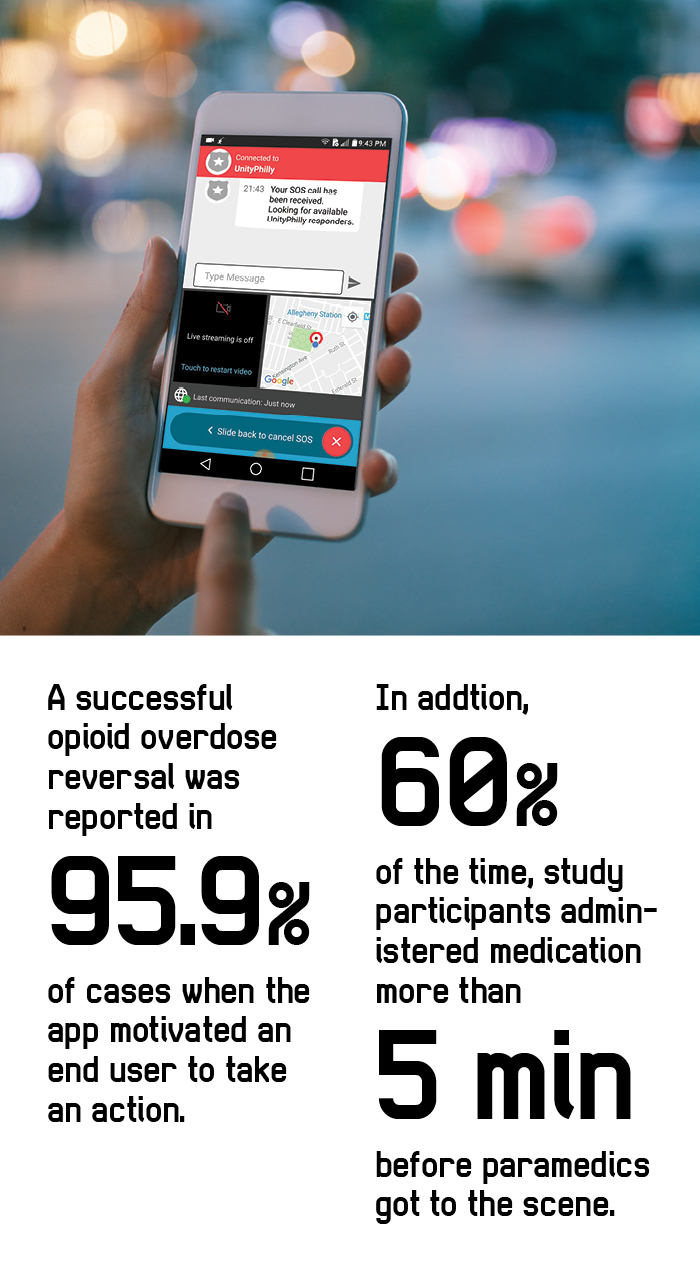 In nearly 60 percent of the cases, study participants administered the medication more than five minutes before paramedics arrived on the scene.

“By empowering community members with these tools, we strengthen the ‘chain of survival,’ and keep people alive until EMS or other medical personnel administer further aid,” says Stephen Lankenau, a professor and associate dean for research at the Dornsife School of Public Health who co-led the study.

All study participants were trained in how to use the app, to give rescue breathing and to administer naloxone, and were then provided with two doses of the medication. Every time someone signaled an alert by pressing the “SOS” button in the app, the app also alerted EMS via 911 so they could follow up with their protocol, even if a layperson already responded to the alert.

The study focused on four Philadelphia ZIP codes, with participants recruited in the Kensington neighborhood, which experiences higher drug use than other areas of the city. The authors will next look at a city-wide study to test if the app can be scaled for all of Philadelphia.

Philadelphia has the highest per capita overdose mortality rate among large U.S. cities.