A year after Philadelphia’s tax on sugary beverages, Drexel researchers found the law had minimal to no influence on the average person’s consumption. 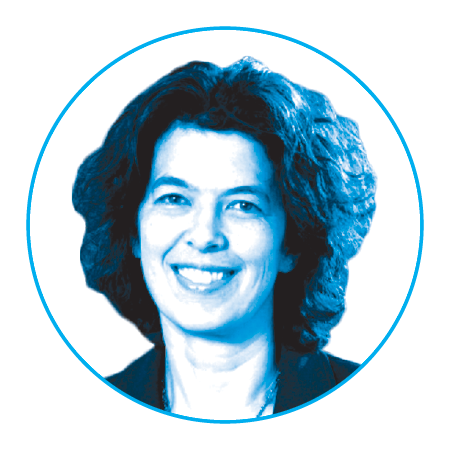 Auchincloss is an associate professor in the Dornsife School of Public Health.

In 2016, Philadelphia became the first big U.S. city to pass a “soda tax,” adding a 1.5-cent-per-ounce tax on sugary beverages.

The tax faced strong opposition from the beverage industry and some grocers. Ultimately, members of Philadelphia City Council supported the tax because it would finance popular family initiatives, namely universal pre-kindergarten and parks-and-recreation programs. Proponents also believed the tax would curb consumption of beverages that have been linked to obesity, diabetes and heart disease.

One year into the soda tax, just 39% of Philadelphians reported drinking fewer sugar-sweetened beverages. This amounted to only about three fewer sugary beverages each month — not a statistically significant difference.

A year after the tax went into effect, however, Drexel researchers examined its effects and found the law had minimal to no influence on consumption by the average Philadelphian.

The team, led by lead author Yichen Zhong ’20, a doctoral student at the Dornsife School of Public Health, used a random-digit-dialing phone survey of adult residents in Philadelphia and in neighboring cities where the tax was not implemented. Participants were asked detailed questions about their beverage consumption, both before the tax took effect (December 2016 through January 2017) and again approximately one year later (December 2017 through February 2018).

“…We’re seeing that raising the price of sugary-beverages may not impact consumers who don’t drink a lot of soda.”

At the one-year mark, 39 percent of Philadelphians and 34 percent of those in surrounding cities reported drinking fewer sugar-sweetened beverages, after controlling for other health behaviors and socio-demographics. This amounted to only about three fewer sugary beverages for Philadelphians each month relative to residents living in surrounding cities — not a statistically significant difference.

The team noted that the study’s results could be generalized to an average Philadelphian, however, the results may not be generalizable to subgroups within Philadelphia, such as high consumers of soda and low-income residents.

“We have ample evidence that sugary beverages are connected to type 2 diabetes, obesity, cardiovascular disease, and other health issues, but we’re seeing that raising the price of sugary-beverages may not impact consumers who don’t drink a lot of soda,” says Associate Professor Amy Auchincloss, the study co-author.