A vaccine successful in animal models could protect humans from the dangerous and increasingly common “C. diff” infection. 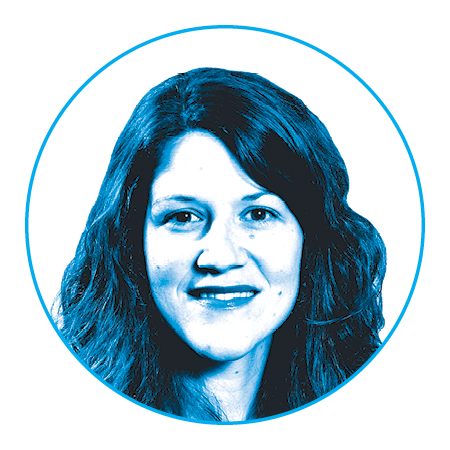 Kutzler is assistant dean of faculty affairs and professional development and an assistant professor of medicine and of microbiology and immunology in the College of Medicine.

“C. Diff” is an antibiotic-resistant bacteria that causes life-threatening intestinal inflammation once it takes hold. Now, a research team from the College of Medicine could hold the key to preventing disease caused by Clostridium Difficile, or “C. Diff” for short.

Problems occur when healthy gut flora are overwhelmed by C. Diff populations during or after antibiotic use, and it can make people very sick. In fact, the infection kills thousands of Americans every year and is becoming more common in health-care settings as well as harder and more expensive to treat.

C. Diff is a common bug in hospitals and kills thousands of Americans a year.

Researchers from the College of Medicine found that an experimental vaccine protected 100 percent of animal models against the purified toxins produced by C. Diff — the animals that received two immunizations did not get sick or show any symptoms. Findings from their study were published in the October 2014 edition of Infection and Immunity.

“The success of this study warrants further research in humans,” says Michele Kutzler, the study’s corresponding author. “The cost of fighting the half million C. diff infections that occur annually in the United States is estimated to be nearly $10 billion, most of which could be saved by a preventive vaccine.”

Their work, funded by the Department of Defense, was patented jointly by Drexel University and the University of Pennsylvania and then licensed by Inovio Pharmaceuticals, a biomedical company in Plymouth Meeting, Pennsylvania.