A drug compound in development at Drexel would give breast cancer patients the gift of precious time, by keeping metastatic cells from seeding deadly new tumors. _by Lauren Ingeno _illustrations by Leandro Castelao _photo by Jeff Fusco 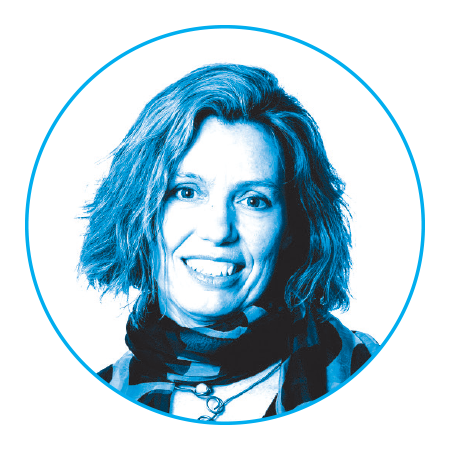 Meucci is a professor and chair of the Department of Pharmacology and Physiology in the College of Medicine. 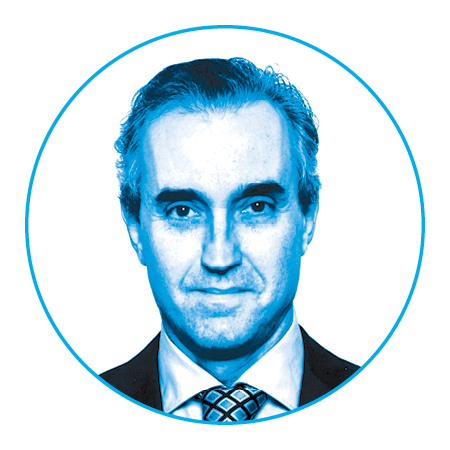 Fatatis is an experimental oncologist and pharmacology professor in the College of Medicine.

It was too late.

Two weeks earlier, after a routine mammogram, she had gone from being a seemingly healthy mother of two toddlers to a breast cancer patient. Shocked and scared, she was also ready to fight. She prepared to have a double mastectomy.

But then she learned surgery wouldn’t save her — the cancer had already spread to her liver. It was metastatic. And incurable.

While most breast cancer awareness campaigns are geared toward improving early detection and prevention, patients who succumb to the disease “almost never die from their primary tumor,” explains Alessandro Fatatis, a cancer researcher and professor in the Department of Pharmacology and Physiology at Drexel’s College of Medicine.

That’s because most breast tumors can be successfully treated with surgery or radiotherapy. But in 30 percent of breast cancer patients, cancer cells have also spread silently — or metastasized — to the brain, bones, lungs or liver, only to be discovered months, or sometimes years, after a complete mastectomy or other therapies. In some cases, like Bowling’s, a patient is diagnosed from the start with stage 4 breast cancer.

Scientists are struggling to understand why some patients have cancers that metastasize and others do not. Fortunately for Bowling, a new Pfizer drug called IBRANCE, which slows the progression of metastatic breast cancer, received accelerated approval by the Food and Drug Administration (FDA) just three months prior to her diagnosis. She now takes the drug in combination with hormone therapy, allowing her to avoid chemotherapy and remain largely asymptomatic.

Still, IBRANCE is not a cure. In clinical trials, the therapy was only effective for a little over two years. Bowling is learning to live in the present. But what she yearns for is more time.

“Every year in a child’s life is so important,” she says. “They have so many questions and so much to learn. One more year for my daughters to have me around will shape who they are as people forever.”

In a corner of Fatatis’ lab at Drexel, a graduate student is carefully removing metastatic tumors from a mouse that was treated with a drug candidate called FX-68.

The compound works by targeting circulating tumor cells that have leaked into the bloodstream. Rather than killing the cells directly, FX-68 blocks a particular pathway, which prevents the cells’ ability to exit the blood, enter distant parts of the body and “seed” new tumors in surrounding organs.

It sounds counterintuitive — killing cancer is usually the goal, after all. But Fatatis is interested in finding a way to avoid “chasing the disease,” or curing tumors as they arise. Every time you give cancer cells the chance to seed a new site and divide, he explains, the odds of cells accumulating genetic mutations and becoming resistant to drugs increases. His strategy, by contrast, is to prevent further seeding and extend the time doctors have to treat existing tumors.

By preventing new tumors from planting themselves in the body’s organs, patients like Bowling could gain more time to live. Once the cancer cells are contained in the blood’s circulation — rather than inside solid tumors, where they are often shielded from therapy — they become easier targets for more potent treatments, like immunotherapy.

“It’s a more realistic, and also a more collaborative, approach,” adds Olimpia Meucci, professor and chair of the Department of Pharmacology and Physiology in the College of Medicine. “Eventually, as more drugs come on the market, we can combine different approaches to treat the disease even better.”

Meucci, who has an adjoining lab with Fatatis, has been collaborating with him on a series of research projects for more than 20 years. Over the past decade, this husband-wife team has been developing, testing and perfecting a series of compounds that they hope will one day treat patients with advanced breast and prostate cancers.

The pair met while in medical school in Naples, Italy, and spent summers together at the National Institutes of Health, where they were exposed to an environment that was “exhilarating in terms of the resources and speed that you could complete experiments,” Fatatis says. After earning medical and doctoral degrees in Europe, they began their careers as researchers at the University of Chicago. They joined Drexel’s medical faculty in 2000, where they began searching for therapeutic targets to manage metastatic disease.

“By preventing new tumors from planting themselves in the body’s organs, patients gain more time to live. Once the cancer cells are contained in the blood’s circulation…they become easier targets for more potent treatments, like immunotherapy.”

A decade later, thanks to funding from various sources, including the Coulter-Drexel Translational Research Partnership Program, Fatatis and Meucci were able to launch their cancer drug discovery program into Kerberos — a Philadelphia-based startup company.

The Coulter-Drexel program helps researchers commercialize inventions that improve human health, and since its inception 11 years ago, it has awarded nearly $8 million in proof-of-concept funds to 50 projects. To receive a grant, faculty members submit proposals to an oversight committee of the University and advance to a series of other rounds, where they are grilled with questions ranging from regulatory requirements to reimbursement strategies. Along the way, the researchers receive critical guidance on market analysis, company formation, intellectual property and regulatory pathways.

Fatatis and Meucci say the funding and direction they received through Coulter were “invaluable” in allowing them to launch their startup. “Drexel is exceptional in this regard, because this university environment really supports entrepreneurship,” Meucci says.

As Kerberos seeks funding to test its compound in clinical trials, Fatatis and Meucci are prepared to face resistance from pharmaceutical industry investors, who historically are less than enthusiastic to tackle metastatic disease. But with a unique approach and promising pre-clinical results, the Drexel research team is optimistic that it can turn a pipe dream into a life-saving drug.

For many years, the oncology research community hypothesized that each metastasis in a cancer patient originates from one single tumor. Cancer cells from a breast tumor for instance, leave the original site, travel into a patient’s blood, and then seed into bone, or liver, or brain. Once there, the cancer could lay silently dormant for months or years before growing into a new lesion.

“The thought was that there was nothing you could do to stop new metastases from seeding, because the horse already left the barn,” Fatatis explains. “Whatever tumor develops between now and the next 10 years, was planted long ago.”

But more recently, new studies emerged that supported an entirely different school of thought: That in fact, in addition to the previous scenario, metastases themselves can actually seed new tumors or existing ones, even after the primary tumor is removed.

This evidence, supported by two separate 2015 studies, “completely changed the game,” Fatatis says, and identified a new route for researchers to stop cancer from spreading. If existing metastases were able to mobilize cancer cells back into the blood, then, Fatatis thought, he would just need to find a way to keep them there. In the blood, cancer cells are vulnerable to spontaneous death. “A cytotoxic effect achieved without using a cytotoxic drug,” Fatatis explains.

Coincidentally, Meucci is an expert in the pathology of chemokines — a large family of signaling proteins, which serve as the mediators of intercellular communications. Or more simply, “it’s one of the key ways cells talk to each other,” she explains. While the function of chemokines in the immune system has been well-documented, Meucci was exploring their lesser-known role in the central nervous system around the same time that her husband was studying metastases. 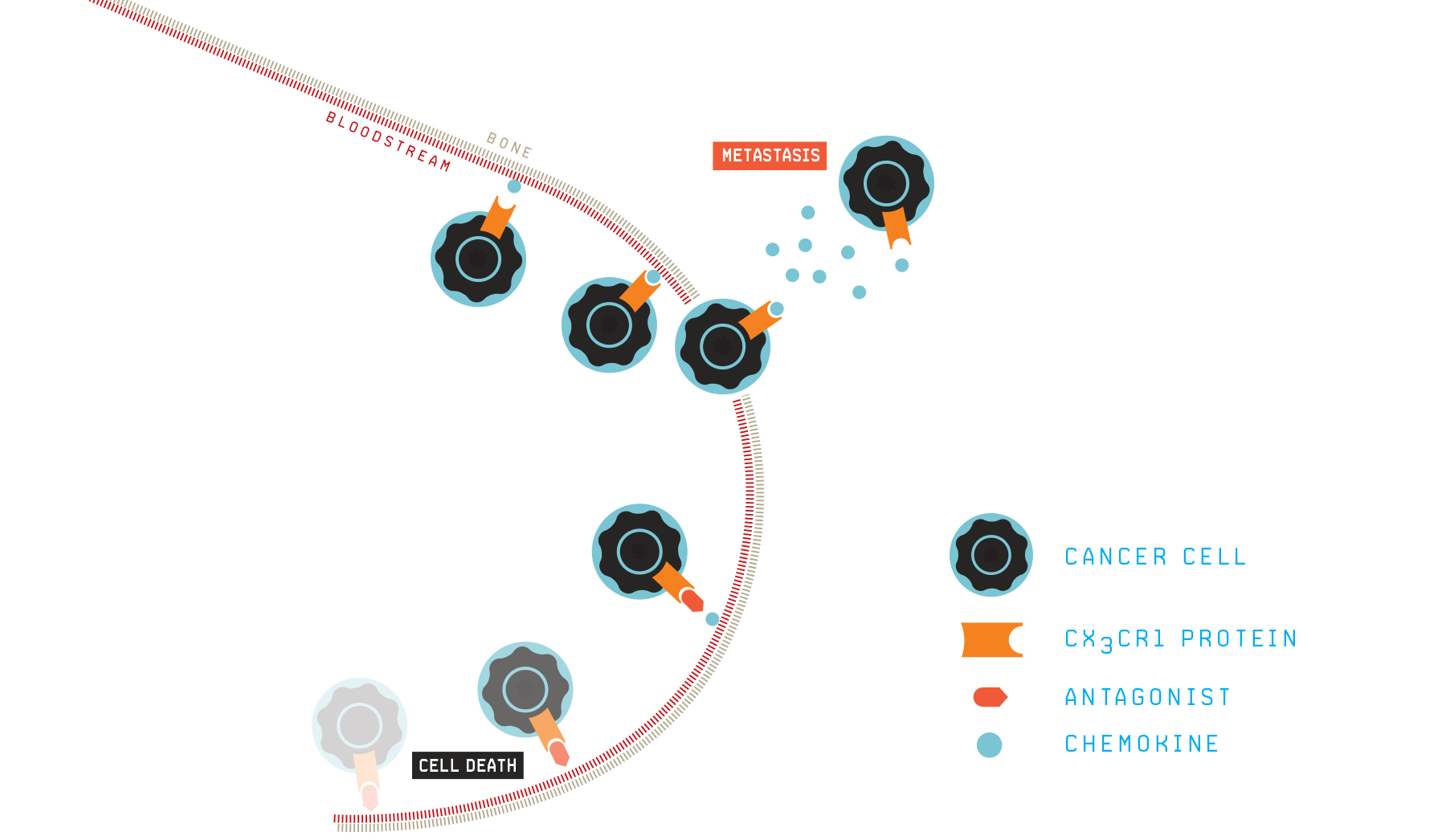 It turned out that a chemokine receptor could be the perfect target for stopping the spread of secondary tumors, because chemokine receptors, at least in part, are responsible for directing particular cancer cells to specific locations.

What if, the researchers thought, they could simply cut off communication between cancer cells and the organs they metastasize? Unable to reach their final destination, the cells would be rerouted back to the blood, where they could do no harm, and eventually die off or be eliminated by other drugs.

Then in 2008, a breakthrough: Fatatis and Meucci identified that the chemokine-receptor pair CX3CR1 was over-expressed in both primary prostate tumors and metastatic lesions in patients. This observation was extended to breast cancer patients in 2010. Further, studies from other groups showed that this particular receptor did more than control cell migration — it also seemed to promote the growth and survival of cancer cells. By targeting CX3CR1 then, the research team could potentially stop secondary tumors from seeding new, multiple organs, while also shrinking the growth of existing lesions.

While a major development, the discovery still only solved one part of the equation. To block the cancer cells, they still needed a drug.

The Right Place at the Right Time

Salvino, a medicinal chemist with over 20 years of industry experience and now a professor at the Wistar Institute, was an adjunct at Drexel in 2010 and was particularly interested in meeting the Italian scientists who had recently identified a new target to stop the spread of breast and prostate cancers.

Fatatis recalls that when Salvino approached him to ask if he could help with the project, “I told him I needed to block this chemokine receptor and had no way to do so.”

Salvino’s response? “Give me two weeks.”

Salvino, impressed by Fatatis’ initial results, was exhilarated by the meeting. “I liked the initial data, and I liked the target, because this class of receptors is very druggable,” Salvino says now. “Also, [Alessandro’s] a very interesting guy. He challenged me. I took the challenge.”

Ten days later, Salvino handed Fatatis a vial and the collaborators got to work. Fours years later, the researchers had perfected the compound, which granted them entry into the National Cancer Institute’s highly competitive anti-cancer drug development program, the Experimental Therapeutics Program (NExT).

When the group tested their lead compound — FX-68 — on pre-clinical animal models, they saw something remarkable: Not only did the drug candidate block breast cancer cells from seeding into the skeleton and soft-tissue organs, it also prevented the growth of already existing metastases. Their results were published in 2016 in Molecular Cancer Research.

Their next steps will be isolating the best drug candidate (they have 50 in the pipeline), and then securing investor funding to test the safety and efficacy of the drug in clinical trials. The team is optimistic, but cautious, about what lies ahead. Salvino offers this staggering statistic: Drugs in the pre-clinical trial phase have around a 90 percent failure rate.

Still, the researchers have good reason to be confident. Their target, Salvino points out, is very selective, rather than “promiscuous,” and their compound is a small molecule, which means the drug could be taken orally. Even more promising, the team’s animal studies offer strong data that the drug can be effective for an extended period of time.

“Many times, with other cancers, a drug may work for a time, but then the tumor becomes resistant and comes back with a vengeance,” he explains. “We haven’t seen that so far.”

Their studies also indicate that their leading compound is not toxic. “Unlike chemotherapy drugs, when we treated cancer cells in a dish with our compound, the cells did not die,” Fatatis says.

All that’s to say that the research team may one day soon be enrolling patients like Tami Eagle Bowling into a clinical trial.

“I think a new drug to give me more time is much more likely than finding a cure during my lifetime,” Bowling says. “I’m hoping to live long enough for the next scientific breakthrough.”