_A Serious Play on the Refugee Crisis 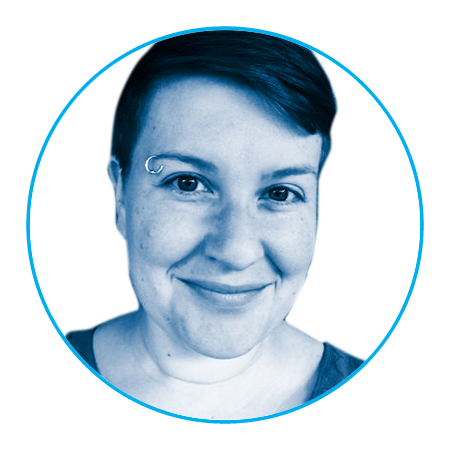 Hoover Green is associate professor of politics and associate dean for Diversity, Equity & Inclusion in the College of Arts and Sciences.

An estimated 26 million people were living as refugees worldwide in 2020, according to the UN High Commissioner for Refugees. Millions who are forced to flee their homes settle in temporary refugee camps, where survival depends on an army of humanitarian workers who must manage a changing landscape of international policies and foreign aid while securing refugees’ basic needs: shelter, food and water, medical care.

But what about…phone charging stations? Are they a necessity, too?

These are the kinds of considerations about the day-to-day needs and struggles of those on the forefront of this global crisis that await players of “Resilience,” a research-driven, socially conscious “city-builder-style” computer game created by a cross-curricular team of 18 students and faculty advisors from the Westphal College of Media Arts & Design, the College of Computing & Informatics and the College of Arts and Sciences.

“Resilience” aims to raise awareness about the real-world needs and struggles of displaced people, albeit through a sci-fi veneer. The game is set in a refugee camp on an alien moon orbiting a wealthy intergalactic empire, populated by a four-eyed, cat-like species called Murians.

The importance of details like phone chargers was brought home to the student game designers while they researched 21st-century refugee conditions in preparation for game development. The insight encapsulates a major point they hope their game teaches. 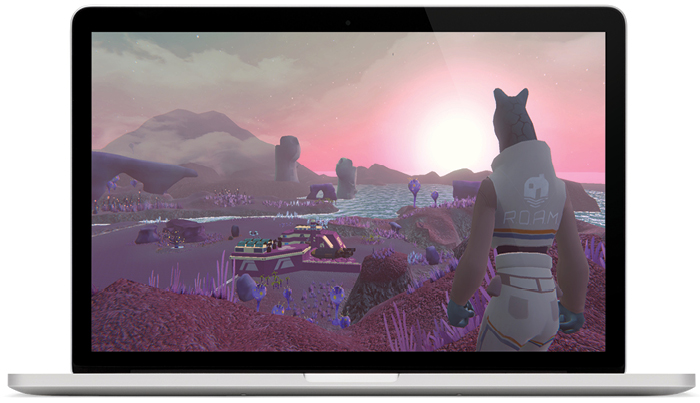 In 2020, “Resilience” won the “Best Student Game” from New York-based nonprofit Games for Change. The organization runs an annual festival to showcase games that are socially conscious, educational or cause-based. The “serious games” category is a small but fast-growing segment of the global video games market.

“You think of refugees as being so different from you and coming from such different circumstances, but they have phones, too, and their phones have all of their photos from home and their memories,” says Lily Lauben ’20, a game designer. “That’s how they keep in touch with one another in camps. And so, having a phone charger, having a place to charge phones, is so important to them. … It just humanized them a lot and in a way that I had never personally thought about before.”

Like real-life refugees, the Murian species deal with family separations, sickness, estrangement and displacement, and trauma or longing for lives they left behind. The first-person player is likewise a Murian, in the role of a humanitarian aid worker who must manage the camp’s budget, build facilities and maintain residents’ wellbeing. The game’s challenges intensify over time as money runs out, overcrowding accelerates, facilities wear down and resettlement opportunities become scarce.

Alex Gallegos, BS game design ’20, who served as technical director for the project, says the alien species was designed to look friendly, but also unfamiliar, and to arouse empathy.

“We wanted to make them look appealing and personable — both visually, but also in terms of their experience,” he says. “When you talk to them, they have a really broad range of lines that they’ll say and a lot of the lines are very relatable to the everyday person. A lot of [their dialogue is] inspired by refugee stories from various articles or other sources that we came across.”