A group of researchers are investigating the power of a broadcast soap opera to spread health messages to francophone communities in West Africa. by Karyn L. Feiden 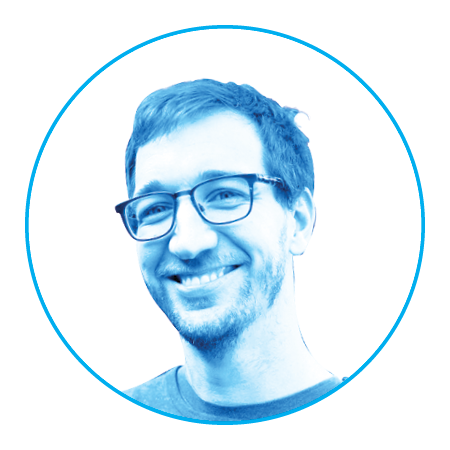 Massey is an associate professor of community health and prevention in the Dornsife School of Public Health.

In living rooms across French-speaking Africa, a new evening ritual has emerged: family members gather to watch a half-hour soap opera created both to entertain and to educate.

There, they meet 20-year-old Émadé, who was forced into marriage at 15. Already the mother of two young children and pregnant with a third, she is determined to learn how to read and write, free herself from the homemaking demands of her mother-in-law, adopt family planning techniques and become economically independent.

Then there’s Assitan, an idealistic 25-year-old beauty who has recently taken her first job, as a midwife at the Ratanga Health Center. Assitan learned the best medical practices during her training, but must now cope with the unexpected complexities of a real-world environment. Adding to the stress is her own HPV diagnosis.

Émadé and Assitan are just two among a palette of characters whose lives continue to unfold as the third season of “C’est la Vie” gets underway.

As entertaining as “C’est la Vie” is, the series’ producers have bigger goals besides having a hit show. It is produced by Réseau Africain d’Education en Santé (RAES), a nongovernmental organization with the mission of advancing health, education and citizenship in Africa. In a part of the world where young women often lack basic knowledge about their bodies, “C’est la Vie” translates research-based messages about sexuality and reproductive rights, maternal and child health, and gender violence into captivating story lines.

In doing so, “C’est la Vie” brings the tradition of telenovelas, pioneered in Mexico by Miguel Sabido in the 1970s, to Africa. “This is a powerful way to get many millions of people focused on the stories we tell,” says Alexandre Rideau, the program’s French producer, who studied under Sabido. “Soap operas allow repetition, take time for characters to evolve, learn the consequences of their choices, and maybe not repeat the same mistake if they are wise or lucky enough.”

“We are informing the public and we are putting in space for dialogue and brainstorming and reflection. It is a combination of mass media and community activity that will really have an impact on the population..”

“C’est la Vie” has been adapted for radio, the internet and streamed through YouTube. It has also spawned youth clubs and public screenings and engendered vigorous discussions in community settings and through social media. “We are informing the public and we are putting in space for dialogue and brainstorming and reflection,” Rideau says. “It is a combination of mass media and community activity that will really have an impact on the population.”

The show’s capacity to make audiences tune in and discuss public health issues is why Philip Massey, assistant professor in the Department of Community Health and Prevention at Drexel’s Dornsife School of Public Health, is partnering with Deborah Glik, a professor in the Department of Community Health Sciences at the UCLA Fielding School of Public Health, to test the salience and impact of the series.

If packaging information of public interest into an entertaining format is a successful way to improve community health, it’s a model worth studying.

The Science of Audience

Dornsife and UCLA have each received $300,000 over three years from the Bill & Melinda Gates Foundation to evaluate “C’est la Vie.” Building on digital research, the Dornsife component neatly weaves together the many strands of Massey’s expertise. Fluent in French and knowledgeable about the public health and the health care systems of West Africa, he has a longstanding interest in how technology can build connections among peers and spread knowledge.

A combination of opinion polling, surveys, media surveillance and Google analytics data will inform the research. “The evaluation uses a mixed-method approach,” Massey explains. “In ‘media-effects research’ it is nice to have different types of data to help tease out and identify different mechanisms and pathways from exposure to outcomes.”

Despite the breadth of the measures, however, one hard number is not easy to come by: viewership. Because the show’s messages filter out through so many different media, “it is very difficult to say how many people have watched the episodes,” says Rideau. He is sure that millions, and perhaps dozens of millions, have encountered “C’est la Vie,” which has been broadcast on Pan African TV networks and on national television stations across the continent. The show has also been widely distributed to local stations in at least 15 countries and the series is being dubbed in English, Housa, Swahili and other local African languages.

As part of the strategy for capturing audience responses, Massey’s evaluation team is analyzing “likes,” “shares” and comments on Facebook, Twitter, Instagram and YouTube. After the first few episodes of season one, for example, the most “liked” YouTube comments were those that expressed pride in seeing African actors on the screen. Later in the season, people gave a thumbs-up to requests for two shows a week. “People are wanting more, that tells us we are hitting on areas that matter,” says Massey. A third popular set of comments directly engaged the issues covered by “C’est la Vie,” such as a lively debate about why one character stayed with the husband who beat her.

The researchers use a pyramid to visualize the many components of the evaluation, with their differing sample sizes. Every sample includes baseline questions — who knows about “C’est la Vie,” who watches it and how often, what do they like or dislike about the program? Moving up the pyramid, a smaller number of people are asked how much they understand and agree with the program’s messages, and how much they discuss them with others. At the pinnacle are questions about the intention to act, or actual action, in response to altered views of social norms.

Although the ultimate goal is to influence action and decision making, no one expects that to happen overnight. “Absolutely, we will measure norms, but we have to be sure to walk it back and look at shorter-term outcomes that we can measure, given our understanding of theory and human behavior,” Massey says. “We know, for example, that messages start to stick when people talk about them with others, so we want to know are you talking about the themes of ‘C’est la Vie?’ With whom?”

“I want to be very humble about getting to behavior change, but we are researching strategies with Drexel to make sure they will learn something,” Rideau says.

ANATOMY OF A SCENE

Episode 25 of Season One dealt with the topic of female circumcision, a traditional practice in some African communities that has been termed “female genital mutilation” in the West because it can create ongoing health issues for girls who undergo it. The episode was particularly impactful when the researchers measured YouTube engagement, where commenters expressed empathy for the characters.

1. Magar is asking one of the girls in the village if she has seen her daughter, Caro, unaware that Caro’s grandmother Rokoba has taken Caro to a faith healer to perform female circumcision.
2. Caro’s friend covers for Rokoba at first, but eventually admits to Magar that Caro and Rokoba are at the faith healer’s. She points the direction they left in.
3. At the faith healer’s house, Magar finds several young girls awaiting their operation, but Caro is already inside.
4. Magar finds that she was too late to stop the operation. She carries Caro out of the house, angrily brushing past Rokoba.
5. Magar climbs into a car and rushes Caro to a hospital.
6. Caro arrives at the hospital and is wheeled inside by a doctor. Magar is filled with regret that she didn’t do enough to protect her daughter.
7. The doctor has bad news: Caro did not make it.
8. Magar says goodbye to her daughter, and prepares to tell Caro’s father that the girl has passed away.
9. Afterward, one of Caro’s friends has questions about what happened, and the women discuss the health implications of female circumcision.

Along with influencing attitudes toward health, “C’est la Vie” helps to grow a trained workforce.

“One of the exciting things is that it is African through and through,” says Massey. The writers, producers and actors are all drawn from Senegal, Mali, Burkina Faso, Côté d’Ivoire and other countries in West Africa. The training and practical experience they gain on the set helps to create a cultural and film industry in Senegal and West Africa, according to Mbathio Diaw Ndiaye, executive director of RAES, “C’est la Vie’s” parent organization. “The program offers work to 150 people each year, and helps empower a local elite,” says Ndiaye, who holds a master’s degree in organizational management.

In another capacity-building component, graduate students at the Université de Cheikh Anta Diop (UCAD) in Dakar, Senegal, play key roles in the evaluation. “We saw a really great opportunity to partner with the university to train these students,” Massey says.

Matthew D. Kearney, a doctoral candidate at Dornsife, works with Massey, who is his advisor, to help teach a research methods workshop in Senegal. As the team developed sampling techniques and began collecting data, “we could all see where the rubber hits the road,” he recalls.

Gning Abdou, a UCAD post-doc, is among the students collaborating with Drexel and UCLA on formative research to test the program’s health messages and storylines and ensure they are culturally competent and accurate. That, he says, allowed him to have wider scope and much more accuracy in evaluating themes related to sexual and reproductive health, and to violence. “This varied experience has allowed me to now feel more at ease in research,” he says. “I make use of this experience in both academic and intervention-based research.”

TV as a Tool

When Rideau first began talking with the Gates Foundation about possible support, he emphasized the challenge of repurposing television as a tool for health communications. “No one knows exactly how to use television correctly,” he says. “We are really innovating here.

“What we agreed on with the Gates Foundation is to use this opportunity to not only measure the impact of ‘C’est la Vie,’ but also to contribute to new strategies using digital tools,” says Rideau. “We need evaluation to find out what we are doing correctly, and what we need to refine. That is the only way to be relevant.”