The two most common forms of dementia may have more in common than current diagnostic guidelines allow. 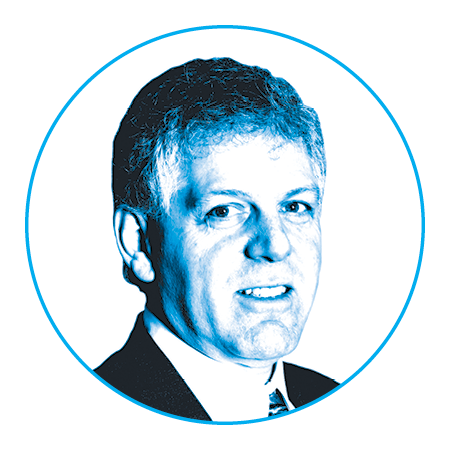 Libon is a professor in the Drexel Neuroscience Institute in the College of Medicine.

Two of the most common forms of dementia — Alzheimer’s disease (AD) and vascular dementia (VaD) — have traditionally been viewed as separate clinical syndromes. However, the two diseases share a number of similar pathological markers and autopsy data often indicates “mixed” AD or VaD results.

“We were able to determine that these two common forms of dementia are not wholly separate.”

New research led by David J. Libon in Drexel’s College of Medicine suggests that AD and VaD have much more in common than current diagnostic guidelines allow.

Researchers at Drexel (in addition to Libon, there was Laura Brennan, Joel Eppig and Christine Nieves from Drexel’s Department of Neurology) and seven other universities analyzed 223 patients with dementia, who were seen at an outpatient memory clinic and diagnosed with AD or VaD. Participants were evaluated by a team of dementia specialists and underwent neuropsychological testing, appropriate brain scans and necessary blood tests.

The researchers found that dementia patients thought to be suffering from either AD or VaD could be sorted into distinct, very nuanced clinical profiles. Using a sophisticated statistical modeling procedure, the researchers were able to identify four distinct groups: moderate/mixed dementia group; mild/mixed dementia group; dysexecutive group with significant impairment in multitasking; amnestic group with profound memory loss. The study was published last year in the Journal of Alzheimer’s Disease.

“We were able to determine that these two common forms of dementia are not wholly separate,” says Libon, the study’s lead investigator. “These shared characteristics should be taken into consideration both in the development of future AD and VaD diagnostic guidelines and in selecting patients for newly emerging medicine designed to treat dementia.”

He adds that the heterogeneity seen in this research could be one reason why virtually all clinical trials designed to treat Alzheimer’s disease and related conditions have been so disappointing.