Westphal Assistant Professor Diana Nicholas and Shivanthi Anandan, interim vice provost for undergraduate education and associate professor of biology in the College of Arts and Sciences, are developing a project to improve the place where we spend most of our time: our homes.

Garden Fresh Home is a water-based, hydroponic device (with patent pending) that uses algae for fertilizer to grow everything from greens to tomatoes to strawberries — without soil. 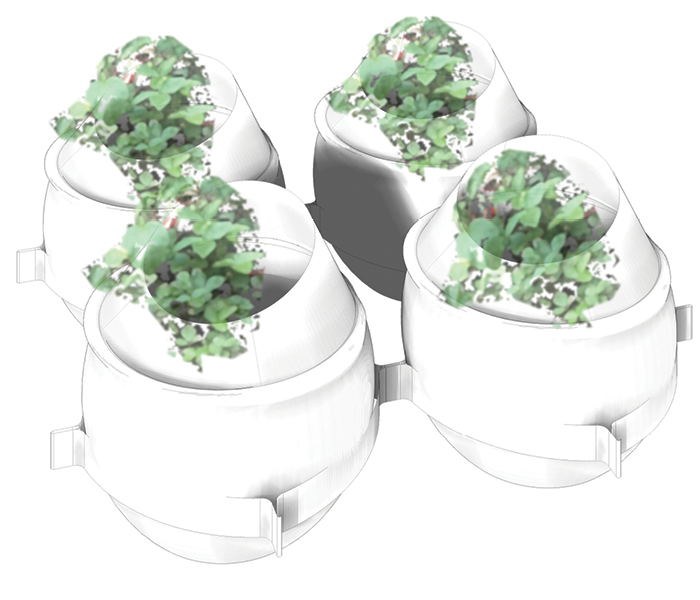 The researchers are perfecting a prototype of the system, which they expect will be commercially available in under two years.

“It started out as a sort of STEM to STEAM teaching project that’s turned into a transdisciplinary collaboration where we have a patent pending on several units,” says Nicholas.

Together they developed a prototype unit using 3D printing and are refining the design.

“It can’t look industrial,” says Anandan. It also couldn’t require major renovations to the home, and had to be either wall mounted or appropriate for a countertop. They expect to be making commercial units in under two years, and the project has received $100,000 in funding from Drexel Ventures, Drexel’s tech-commercialization arm.

Neither researcher thinks that these will be the magic bullet to bring fresh foods to everyone who lives in urban environments, but they hope it can be part of a multi-pronged approach. “It’s a piece of a much bigger, nuttier problem, but it’s doable by normal, everyday people,” Anandan says.