The study of unknown fish species and habitats sometimes means you have to get your feet wet.

Behind every discovery of a new plant or animal species are countless hours of careful work in the field, lab and library.

Some species are “discovered” when taxonomists pore over hundreds to thousands of specimen collections at the Academy of Natural Sciences of Drexel University and at other museums, comparing known species with creatures not yet added to Earth’s record. The more the taxonomist reads and compares museum specimens, the more he or she is able to distinguish new species from known ones.

Other times, scientists travel to places unexplored or poorly sampled, where they sometimes pour blood, sweat and tears into their work.

The pages that follow chronicle National Science Foundation-funded expeditions to Brazil’s Xingu River, an Amazonian tributary that hadn’t been extensively studied. In addition to yielding valuable new museum specimens to study, the fieldwork documented the natural aquatic diversity of the Xingu River. 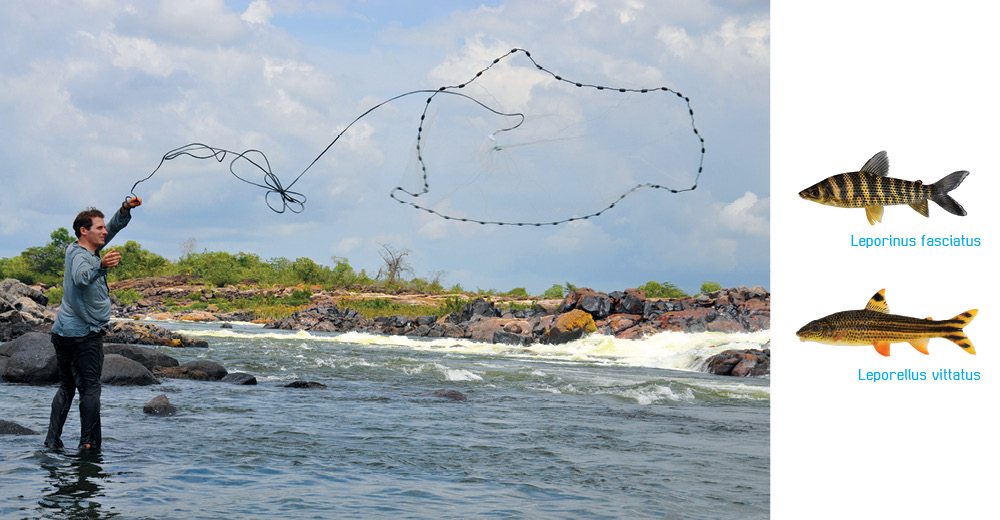 Among the most difficult habitats to sample are large river rapids. One effective technique is cast-netting. Lead weights surround the perimeter of the circular cast net. They quickly sink to the bottom when thrown, trapping swift-water fishes like Leporinus fasciatus and Leporellus vittatus, two colorful members of the family Anostomidae. 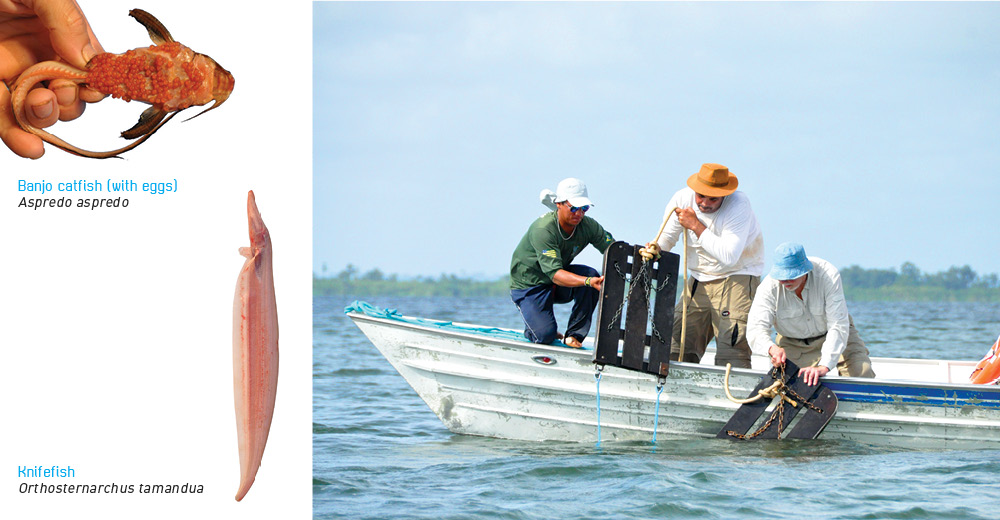 Taxonomists employ a variety of gear and techniques to sample the different habitats where fish live. Here the team is using a submerged net that opens between two wooden doors when dragged along the river bottom. Trawling yields species exclusive to the depths of large river channels, like the nearly blind knifefish and the banjo catfish. 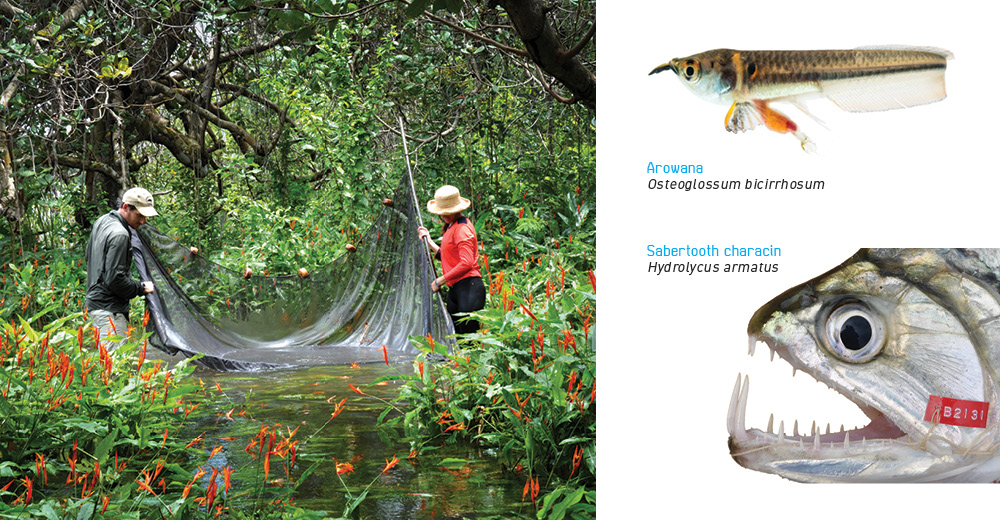 Other habitats are only available in the high water season when the river floods its banks into the surrounding forest. Many fishes, including the arowana and tiger shovelnose catfishes, breed during this time, and the flooded habitats provide refuge for their young to mature. 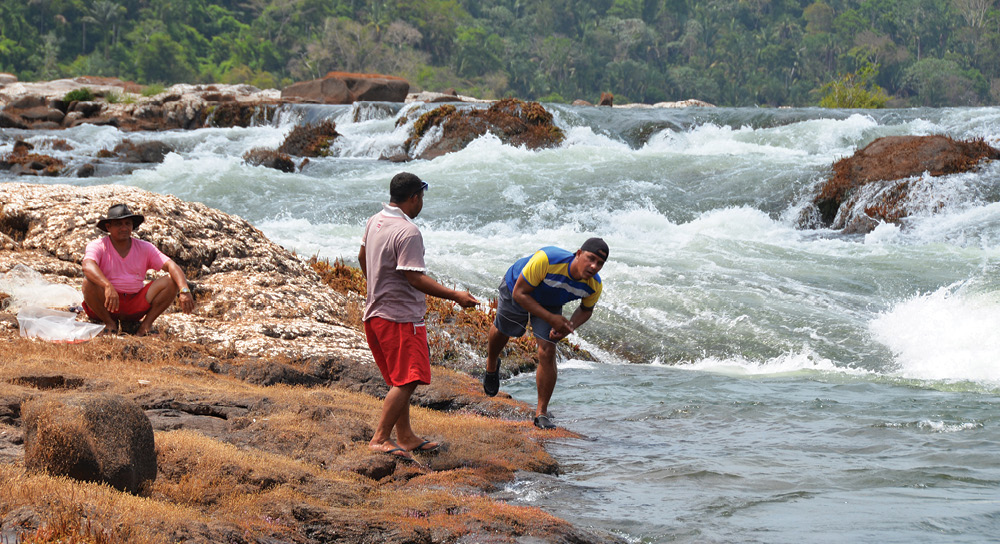 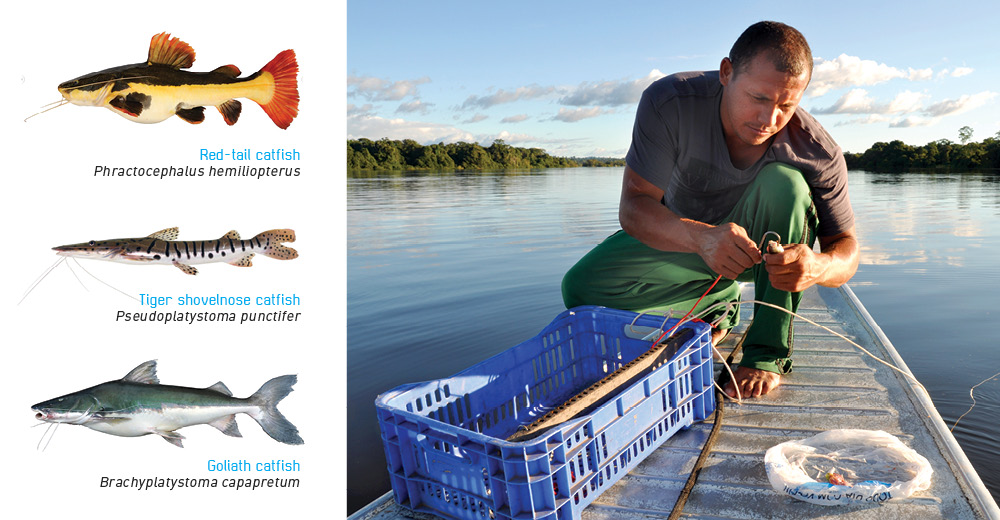 Taxonomists also use baited long lines to sample large river channels. The line has many hooks and is set overnight in the channel. Long lines are effective for collecting large channel dwellers like the migratory catfishes pictured here.