The complex network of veins that keeps us cool during summer are the inspiration for a novel thermal management system created at Drexel. 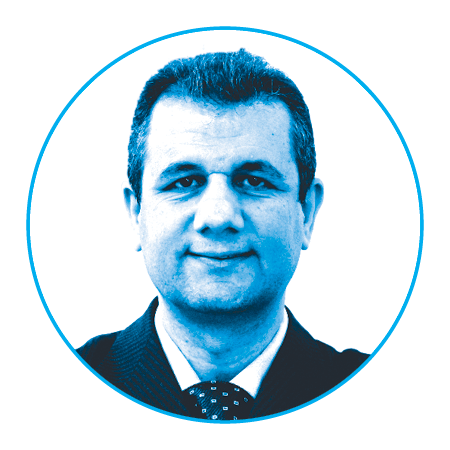 Najafi is an assistant professor in the Department of Mechanical Engineering and Mechanics in the College of Engineering.

“When you get hot, the body sends a signal to the circulatory system to pump more blood to the surface of the skin — this is why we sometimes get red in the face,” says Ahmad Najafi, an assistant professor in Drexel’s College of Engineering. “This is a natural method for dissipating heat that works so well, scientists and engineers have been trying for years to replicate it in mechanical cooling systems, like the ones that keep cars and computers from overheating.”

Their computer program, coined HyTopS, which is short for hybrid topology/shape optimization, can produce a schematic for a vascular network with the ideal shape, size and distribution of micro-vessels to actively cool a material via liquid circulation. 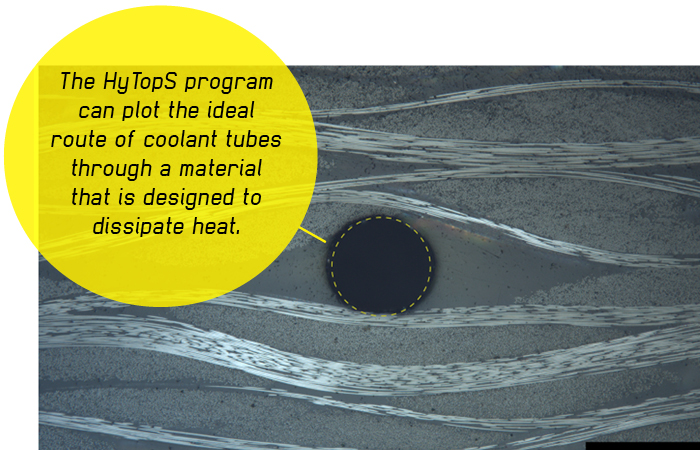 Microvascular fiber-composites are currently being developed to cool everything from electric vehicles to next-generation aircraft, where increasingly higher performance is generating high heat.

To put their optimization method to the test, the researchers designed and built a microvascular carbon-fiber composite using 3D printing and tested its cooling abilities against a reference design from prior studies. After heating the carbon-composites to a maximum temperature, they pumped liquid coolant — similar to the stuff in your car — through each vascular network to begin the cooling process.

The HyTopS-optimized carbon-composite was not only cooler, but more uniform in terms of surface temperature distribution, and was able to cool down faster than the reference design.

“It’s nearly impossible to reproduce the entire complexity of natural microvascular, but our program allows for a great deal of optimization input and considers manufacturing parameters to ensure the design can actually be constructed,” Najafi says.