Drexel is a leader in brain-imaging technology with its development of a simple, portable device that’s finding new uses across campus and across the globe.

Place your hand over a flashlight and notice how the light changes from white to red on its path through the tissues of your hand. Now, take that hand and pat yourself on the back, because now you understand the basic mechanics of functional near-infrared technology.

Functional near-infrared, or fNIR, spectroscopy uses light to measure the hemodynamics — the oxygenation and deoxygenation of blood cells — of an individual’s brain activity.

More simply, it’s a way to measure the markers of brain activity in the prefrontal cortex. An example: When you are first learning a new task, your brain in the prefrontal areas gets highly activated. As you progress, the processing of information moves toward the back regions of the brain, so activity drops in the area measured by fNIR. In this case, less activity can indicate that users have mastered a skill.

The number of applications for fNIR has been growing since Drexel researchers developed a portable system and launched it through the startup fNIR Devices LLC in 2009. Requiring only a headband, a computer and a box (for data collection), this system makes new things possible, says Meltem Izzetoglu, a research professor in the School of Biomedical Science, Engineering and Health Systems.

The fNIR system works in scenarios where functional magnetic resonance imaging (fMRI) and electroencephalography (EEG) equipment cannot. Subjects wearing the headband developed by fNIR Devices can talk and move around without affecting the reading, whereas EEG technology requires a subject to wear a full skull-cap of sensors and fMRI essentially locks a subject in a box. The fNIR headband also works in conjunction with fMRI and EEG to measure different parts of the brain, creating a more comprehensive set of data than just fNIR alone.

“What we are interested in at Drexel is translational research and taking the device outside of the lab to clinics and to field applications,” Izzetoglu says. “You can use this device in any ecologically valid condition, which is not possible with fMRI or, in most cases, with EEG.”

New uses for the device are popping up everywhere, but most active projects use fNIR to study some aspect of human performance, the act of learning or for research in clinical settings.

“fNIR can be used in real-life conditions,” says Izzetoglu. “The possibilities are open. There are so many needs, especially in the clinical field, and fNIR fills a gap that no other technology can.”

fNIR Devices has sold more than 130 systems to researchers worldwide and Drexel researchers are currently involved in roughly 50 active projects that use the device to study human performance and cognitive load, learning and training; and to answer clinical questions. 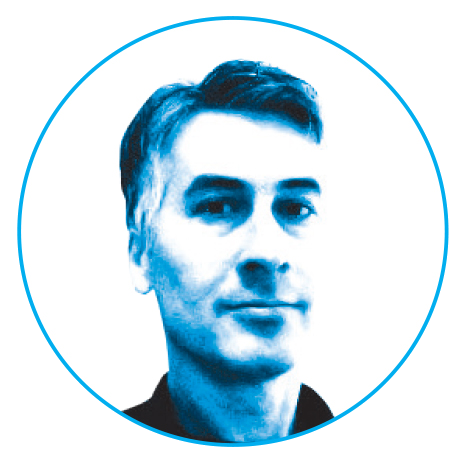 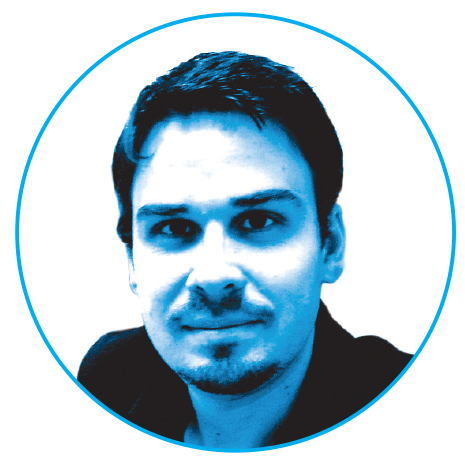 Assistant Research Professor Hasan Ayaz and Associate Professor Paul Diefenbach are part of a team using fNIR to study brain-computer interaction. An area of focus is in gaming, on a non-invasive, brain-computer interface (BCI), which could allow individuals to “control virtual objects and actions just by thinking,” Ayaz says. 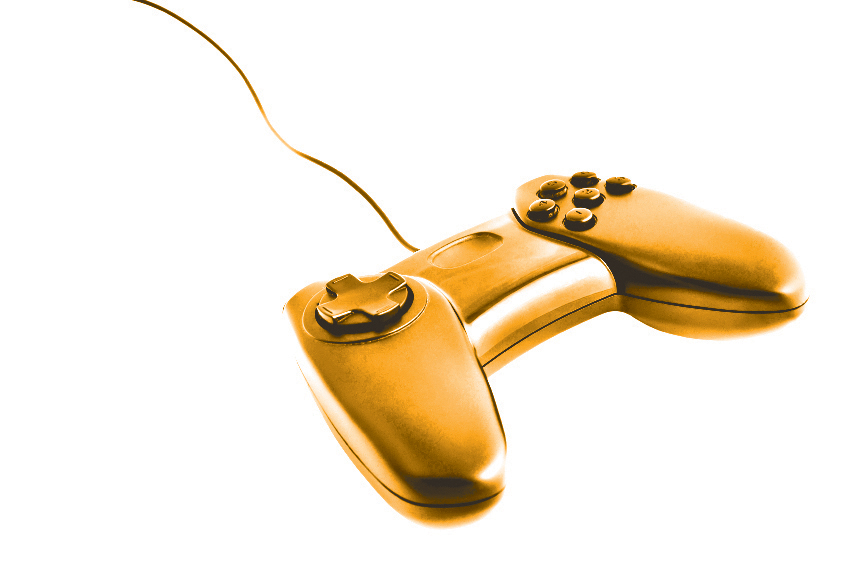 While their research could lead to new ways for players to communicate with the computer, there are interesting clinical applications as well. BCI technology, says Ayaz, could be an applicable form of future computer communication for people with disabilities such as amoytrophic lateral sclerosis, or ALS.

And, he adds, the games even have the potential to help improve the cognitive functions of children with autism, attention deficit hyperactivity disorder and other conditions. 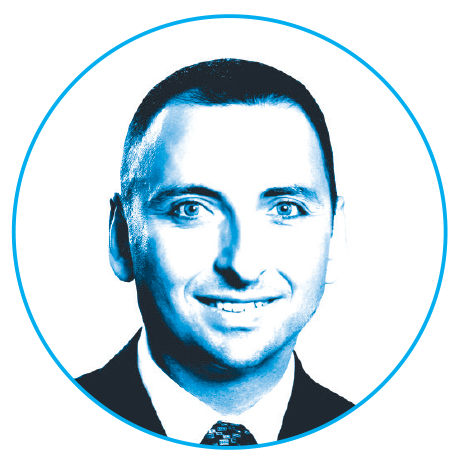 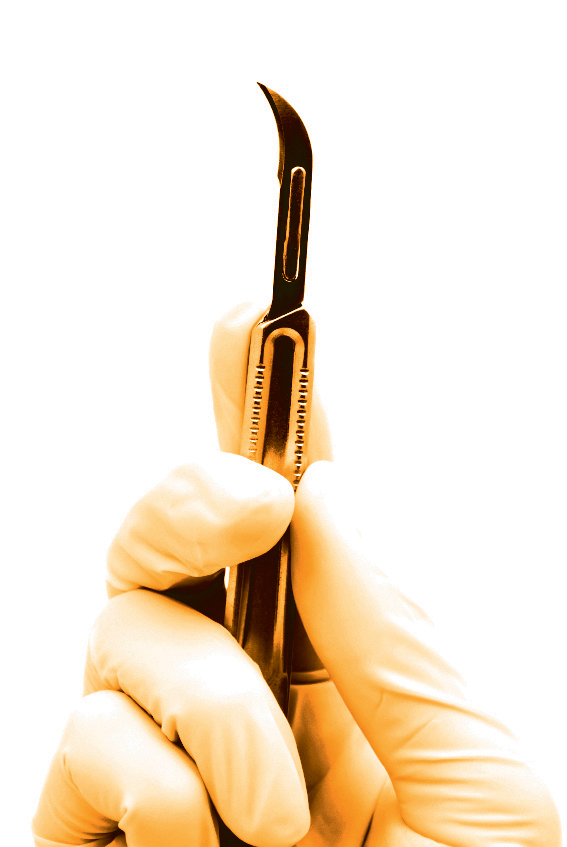 Lucian Panait, an assistant professor in the College of Medicine, is using fNIR technology to assess the cognitive load — the amount of physical and mental stress — of surgeons or trainees practicing laparoscopic surgery skills. Panait’s medical students are currently part of a study to gather their brain data while they operate on a virtual-reality surgery simulator.

For three months, 24 students will use the simulator to accomplish basic laparoscopic tasks like grasping and cutting, as well as some procedure simulations, like removing a gall bladder. Using fNIR, Panait can observe how much of their brain is put to work during the learning process and when they apply what they learn in a test on the simulator.

“It may change the way we educate the students or the residents and help us to train them better or more efficiently,” says Panait. 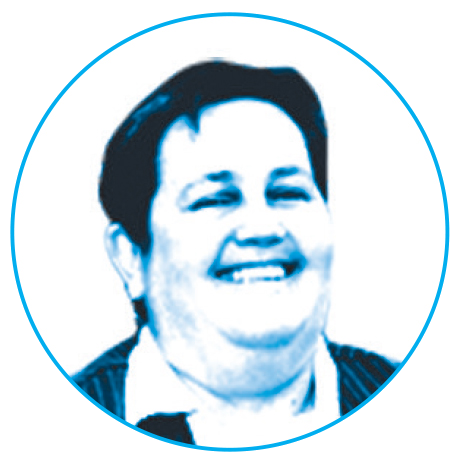 College of Nursing and Health Professions and School of Biomedical Engineering, Science and Health Systems 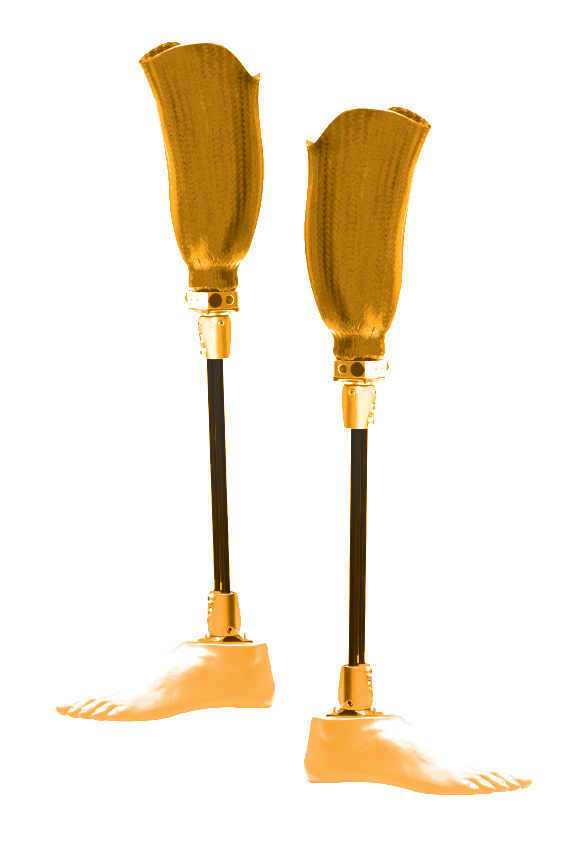 Trish Shewokis, a professor with a dual appointment in the College of Nursing and Health Professions and the School of Biomedical Engineering, Science and Health Systems, and her research team are attempting to engineer the next generation of “smart” artificial limbs.

The goal is to bring noninvasive neural decoding, direct brain control and tactile sensory feedback together into a single device and develop a prosthetic arm that amputees can control directly with their brains, allowing them to actually feel what they touch.

The fNIR technology methods yield sensory feedback results critical to the development of a prosthetic arm controlled by the brain. According to Shewokis, these “smart prosthetics” are a remarkable improvement over today’s state-of-the-art prosthetics, which rely on muscles from other parts of the body to operate. 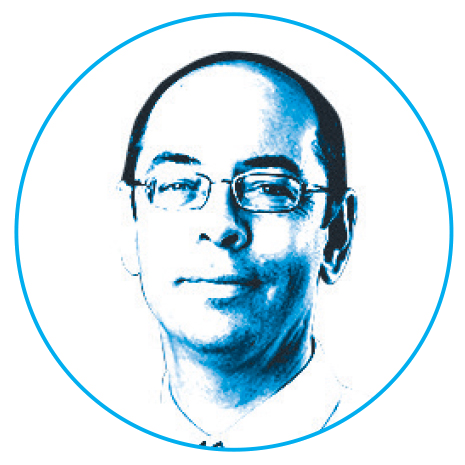 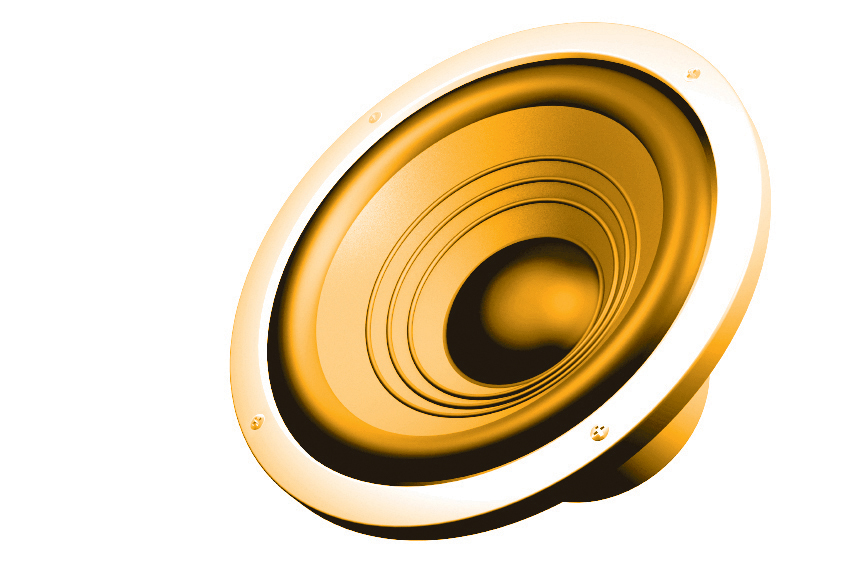 Can music affect trust? LeBow College of Business professor David Gefen thought the answer to this question could be useful to the business world.

He used the fNIR device to measure the brain activity of subjects playing computer-simulated betting games against another player. While playing the games, the subjects were exposed to three treatments: lively music, melancholy music or no music at all.

Gefen found that at least some types of music may reduce inhibition to respond when others behave in an untrustworthy manner. The study bolstered Gefen’s invaluable advice for investment advisers who are delivering bad news to their clients: Play happy music. 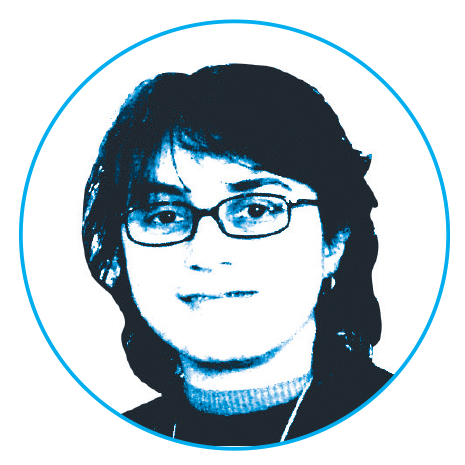 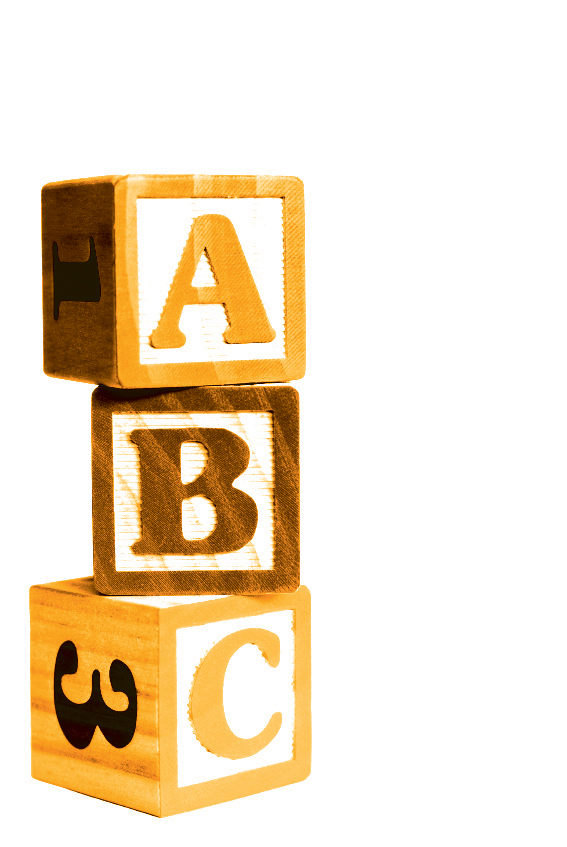 Research Assistant Professor Meltem Izzetoglu uses fNIR to study the brain function of students with learning disabilities. She teamed up with experts in reading disabilities and with software developers at Haifa University in Israel to develop a reading tutorial program that adapts to their learning pace.

She uses fNIR tools to monitor students while they use tutorial software called the Reading Acceleration Program, developed at Haifa. This program’s Hebrew, German and Arabic versions have proven to be effective for teaching youngsters who have difficulty reading or have been diagnosed with a learning disability.

Izzetoglu’s research will guide the development of the first English version of the software. 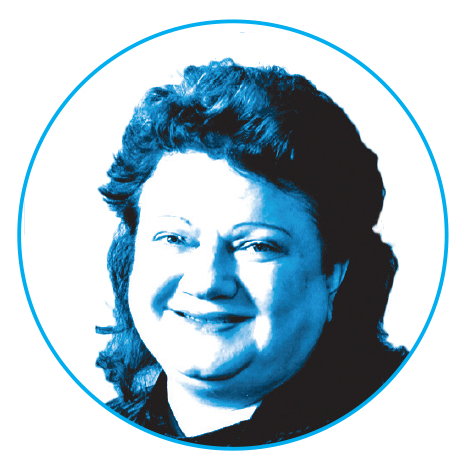 College of Nursing and Health Professions 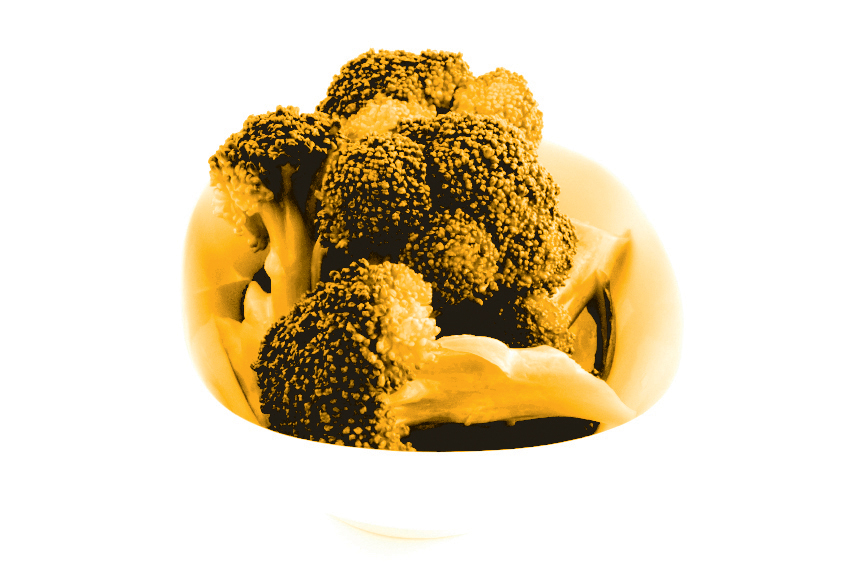 _Your Brain on Food

Associate Professor Jennifer Nasser’s research is a matter of taste — literally. She recently began a study to find out why individuals prefer certain foods over others in an effort to better understand loss-of-control eating.

Using the fNIR headband, Nasser is examining the brain activity of various regions of the prefrontal cortex in individuals (both lean and obese) with no known eating disorder. The objective, she says, is to see which regions of the prefrontal cortex are activated and deactivated as study participants progress through eating meals made up of foods they “really like” as well as foods they like but don’t prefer.

“Knowing how the brain processes food cues differently in lean and obese humans and how this relates to the composition of ‘preferred’ versus non-preferred food will give us biomarkers for optimizing individualized treatment for obesity,” Nasser says.