Since inventing a new conductive material three years ago, researchers at Drexel and around the world are finding new ways to adapt and apply it.

﻿When Drexel researchers in the College of Engineering’s Department of Materials Science and Engineering discovered a new two-dimensional material in 2011, they knew the possibilities were huge.

Not only was the material just a few atoms thick, its structure showed the potential to surpass current materials in terms of its properties and how it could be used.

Now, three years after the initial discovery of the material they named MXene, many of those predictions have proven true.

“There are so many different MXenes, with dozens more possible,” says Yury Gogotsi, a distinguished University professor, trustee chair and director of the A.J. Drexel Nanomaterials Institute. “The sky’s really the limit, but it takes a lot of work both modeling and experimental to understand the properties.”

Discovering a single new material would be considered a lifetime achievement by many; Drexel researchers have discovered and tested a dozen different MXenes within just about three years.

“On a bad day, I could sit down and give you a list of about 100 of them that we could make in principle,” says Michel Barsoum, an A.W. Grosvenor Distinguished Professor.

Their findings have been published in Science, Advanced Materials, Nature Communications, ACS Nano and the Journal of the American Chemical Society.

As a result of the publicity, MXenes are being studied by labs around the world — a Chinese group recently discovered that one form of MXene could be used to remove lead from water and a Russian group predicted that some will have attractive magnetic properties.

“We expect so many more papers like this, this year and next year,” says Gogotsi. “We will all try to determine the most promising applications. It’s really exciting.” 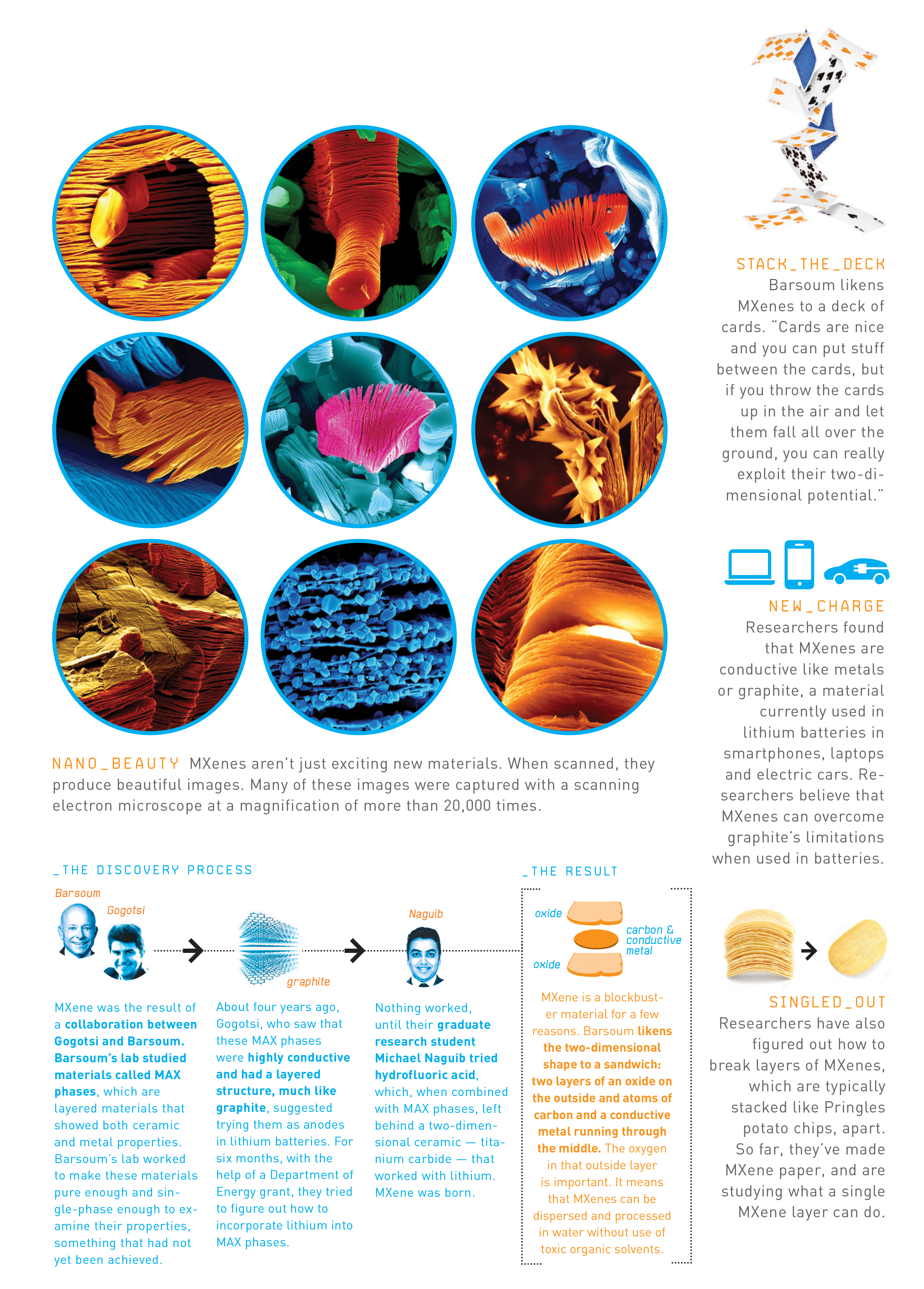