A law professor has helped draft a federal bill that will prevent employers from discriminating against Black employees who wear natural ethnic hair styles. 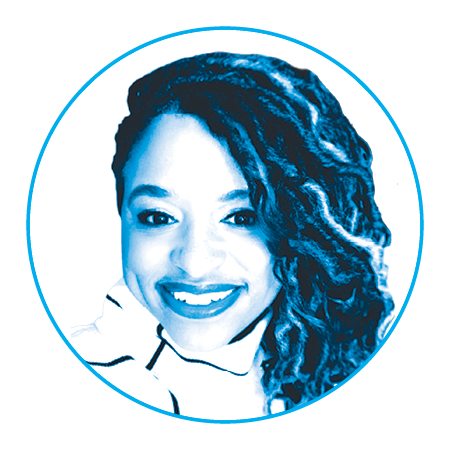 Greene is a professor in the Kline School of Law.

“If you twist, loc or braid that afro and are discriminated on those grounds, then magically you’re no longer protected under federal law,” explains Kline School of Law Professor Wendy Greene.

This is because federal courts have characterized these other hairstyles often worn by African descendants as “mutable, cultural characteristics” and beyond the scope of Title VII of the 1964 Civil Rights Act.

A survey of Black and white women published by Perception Institute in 2017 found that white women’s attitudes toward natural Black hairstyles were noticeably less positive than Black women’s attitudes (figure 1). Attitudes toward smooth hair were more positive among respondents of both races (figure 2), indicating smooth hairstyles have more normative acceptance. The survey asked 502 women drawn from a national sample and 688 women who are members of a natural hair community (naturalistas) to rate a selection of hairstyles in terms of how beautiful, sexy/attractive, and professional they thought it was.

To cure it, she has worked with legislators to draft the Create a Respectful and Open World for Natural Hair Act, known as the CROWN Act. This federal bill provides a clarifying definition of race which recognizes that natural hair discrimination is racial discrimination.

The bill was introduced in the U.S. House of Representatives and the U.S. Senate in 2019 and 2020 respectively, and passed in the House last year. Similar legislation was also passed in seven states and in several municipalities.

Black women experience greater levels of pressure to wear their hair straightened and experience higher levels of anxiety about wearing their hair naturally than white women because they are fearful of losing employment opportunities and/or being subjected to workplace harassment, according to a 2016 survey by Perception Institute.

“This bill helps chip away at a centuries-old, race-based hierarchy that privileges aesthetic norms associated with whiteness, such as straight-hair preferences for women, and the negative associations with characteristics often associated with Blackness like our naturally curly hair texture and hairstyles flowing from it,” Greene says.