The creator of the most widely used autism screening tool for toddlers has joined the A.J. Drexel Autism Institute to make early screening a research priority. 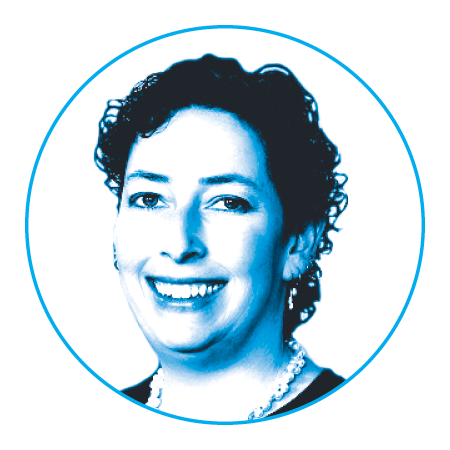 Robins is an associate professor in the A.J. Drexel Autism Institute and heads its Early Detection and Intervention for ASD research program.

Does your child point with one finger to show you something interesting, such as an airplane in the sky, or a big truck in the road?

An array of questions like this one, asked by a pediatrician or other professional to parents of toddlers, makes up one of the best standardized measures that can detect possible signs of autism in toddlers as young as 16 to 30 months old.

The M-CHAT, as it’s called, asks a series of simple questions for parents to answer about their child’s behavior, especially social communication. Children who show risk on the two-stage M-CHAT-R/F (the tool’s revised, with follow-up version) have a 95 percent chance of later receiving a diagnosis of autism or other non-typical development.

The M-CHAT was developed by Associate Professor Diana Robins, who joined the A.J. Drexel Autism Institute last year to lead its new Early Detection and Intervention for ASD research program.

“How can we ensure that all children have access to the best possible services to help them develop to their fullest potential? Getting the right on-time screenings, early diagnosis and early intervention to those who need it across the entire population is the goal.”

The first big problem, Robins says, is that currently fewer than half of all children in the United States receive an autism-specific screening between 18 and 30 months of age, as recommended by the American Academy of Pediatrics. The average age of diagnosis is four years or older.

“How can we ensure that all children have access to the best possible services to help them develop to their fullest potential?” Robins asks. “Getting the right on-time screenings, early diagnosis and early intervention to those who need it across the entire population is the goal.”

Fortunately, there has been a lot of progress in developing screening tools and documenting that they work.

Drexel is currently the lead on a multi-site study funded by the Eunice Kennedy Shriver National Institute of Child Health & Human Development (NICHD) that will screen 12,000 toddlers around the country using the M-CHAT-R/F and other tools, and, in the process, examine ways screening can be improved.

Another aim of the NICHD study is to identify factors associated with disparities — research has shown that children who are minorities or whose families are low-income tend to get diagnosed at a later average age. The institute is also involved in research developing more ways to reach underserved minority and low-income communities, such as through black churches, and working on a pilot study funded by Pennsylvania’s CURE program to explore screening in childcare centers.

Autism screening asks parents to answer questions about normal child behavior to assess their child’s risk of autism. Typical questions include: If you point at something across the room, does your child look at it? Does your child play make-believe? Is your child interested in other children? Does your child show you things to share them with you?