Four researchers, including marketing professor Rajneesh Suri, found that men are quicker than women to interpret red prices on advertisements as bigger savings. 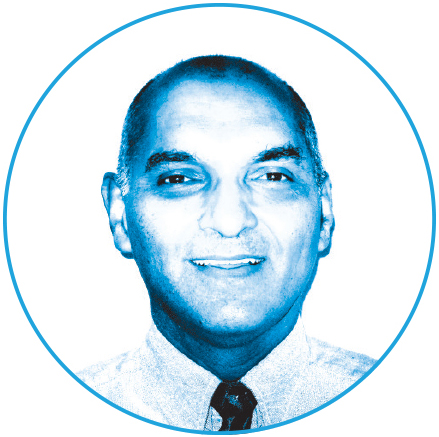 Suri is a marketing professor in the LeBow College of Business.

Four researchers, including marketing professor Rajneesh Suri, found that men are quicker than women to interpret red prices on advertisements as bigger savings.

Advertisements are an increasingly prevalent visual throughout a person’s day, bombarding the consciousness whether in print, on billboards, in stores, on mass transit, on television or online.

Retailers adopt various methods of reaching customers, including the use of colors and, in particular, the color red on price tags to attract buyers. In a research paper titled, “Are Men Seduced by Red? The Effect of Red Versus Black Prices on Price Perceptions,” four researchers, including LeBow College of Business’ Suri, found that men judge red-colored retail prices as larger savings, while women are more skeptical.

This research focuses on how numbers are presented. Would the price for an item that is shown in red ink spur different reactions if it was in black?

Suri and his colleagues conducted numerous studies, four of which were included in their paper, which tested graduate school students. Everyday items, such as toasters and microwaves, were designed on mock retail ads. The first study focused on examining men’s and women’s reactions on how much they thought they were saving, the second judged their emotional state while reading the ad, the third used a multi-ad process to rule out novelty and accumulate more evidence and the fourth study manipulated men’s involvement—in other words, it influenced males to engage in deeper processing.

The studies found that men feel more positive than women when prices are presented in red and perceive the retailer is offering a better deal. Women are more likely to elaborate on the ad. They exhibit better memory for price information, which in turn makes them suspicious of the retailer’s use of red to highlight prices.

Suri and his colleagues base their findings on the concept that women are deeper processors of information.

“That’s a genetic makeup of women,” Suri says. “Because they’re deeper processors, they tend to challenge deals…while men avoid thinking through it.”

Suri says his role in this project was to first create and design a study and then execute it. The data collection was performed at several schools and some tests were presented online. Suri’s individual research primarily tested undergraduate students at Drexel, so his wasn’t a focus in the paper—for consistency, they only used the studies conducted with graduate students.

“At times we try to use graduate students as they represent a sample which is older but also could provide us with purchase behaviors for items that we use in studies,” Suri says. “They seemed especially suitable when asking questions related to purchasing the items that we used in our [fliers] in these studies.”

Mainly, Suri says, he and his colleagues came up with different ways to test their research and eventually—after about five years—brought all their findings together in one cohesive paper.

“Everybody contributes different elements to it and at the same time all the elements to it because we had to do all the stuff anyway,” he explains, adding that there was little monetary need for funding for this case.

A project like this requires more thought than money to achieve results, Suri says.

“The interesting part in these cases is to design the instrument so they make sense. To design fliers like this, they should look like real fliers. Then we have to put in the products, put the pictures in the right place, so it looks like a real one. Ask the right kind of questions so we can get a sense as to what it is,” he says.

Since before Suri received his Ph.D. in marketing from the University of Illinois at Urbana-Champaign, he has been researching price perception. He focuses on price and tries to look at it from different angles. He studies different purchase factors, from colors to fonts to background music. Suri wants to know how retailers influence people’s actions when buying something.

“If you could overcome some of those shortcomings you have, you could have saved ‘x’ much more amount of dollars in this whole transaction,” Suri says.
As noted in the paper, there is mounting evidence that suggests color may serve as a shortcut in making decisions. Suri says it was known that men and women respond to color differently, but it hadn’t been tested if they respond to different colored prices as well. Suri and his colleague’s research is the first of its kind.

Suri says he has already presented the research paper at numerous conferences. It is available online and will soon be available in print. He says he hopes to conduct more studies regarding color, maybe focusing on different combinations. For example, some retailers use highlighter to broadcast prices instead of red ink.

“Does that make a difference?” Suri will continue to ask.