Drexel scientists are among the first nationally to use a breakthrough treatment for patients at risk of cardiac arrest. 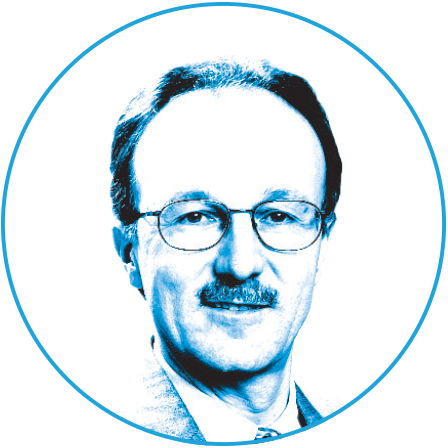 Kutalek is an associate professor in the Departments of Medicine and Pharmacology and Physiology, director of cardiac electrophysiology and associate chief of the Division of Cardiology. His specialties include pacemakers and new defibrillators, the metabolic aspects of rate-responsive cardiac pacing, and antiarrhythmic medications.

A new, less invasive heart defibrillator, recently approved by the FDA, is offering new hope to patients at risk of cardiac arrest. The device, which cardiologists are calling a breakthrough treatment, is known as an S-ICD, which stands for subcutaneous implantable cardioverter-defibrillator.

Physicians at the College of Medicine and Hahnemann University Hospital were among the first nationally to use the device in clinical trials. Drexel is one of the few clinical sites in the country participating in the post FDA-approval study, evaluating the long-term efficacy of the device. Doctors here have already implanted a dozen of the devices in patients, with several more procedures scheduled in the coming weeks.

“This is the biggest breakthrough we’ve seen in cardiology since the invention of the VAD (ventricular assist device) in the 1980s,” says Steven P. Kutalek, director of cardiac electrophysiology and associate chief of the Division of Cardiology at the College of Medicine.

What makes the device unique is that it provides defibrillation therapy without actually touching the heart; instead it is placed under the skin. Traditional cardiac defibrillators run a wire—or lead—through veins into the heart. The wire is attached to an implanted defibrillator, which can send an electric shock to the heart to treat arrhythmia, an abnormally fast or chaotic heartbeat. But leads sometimes need to be extracted because of infections, or fracture due to the repetitive motion of the leads inside a beating heart.

“The implantable defibrillators we’ve been using for years are a wonderful option for preventing cardiac arrest in many patients,” says Kutalek, who is a national expert in lead extraction. “Now this gives us another weapon in our arsenal to treat patients who can’t tolerate standard defibrillators or those at increased risk of infection.”