Drexel researchers have discovered a way to initiate and pause the self-assembly of crystals from solution — a finding that could one day be attributed to medicine for targeted drug therapies. 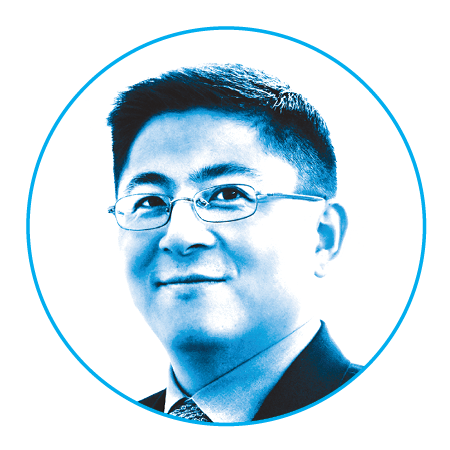 Li is a professor in the Department of Materials Science and Engineering in the College of Engineering and head of the Soft Materials Lab.

Researchers at Drexel who study the formation of crystalline materials have shown that it’s now possible to control how crystals grow — including interrupting the symmetrical growth of flat crystals and inducing them to form hollow crystal spheres. The discovery is part of a broader design effort focused on the encapsulation of medicine for targeted drug treatments.

“What we’ve discovered is a way to chemically manipulate the macromolecular structure so that this translational symmetry is broken when the molecule crystallizes,” says Christopher Li, a professor in the College of Engineering whose research in the Department of Materials Science and Engineering has centered around engineering polymer structures for special applications. “This means we can control the overall shape of the crystal as it forms — which is a very exciting development, both for its scientific significance and the implications it could have for mass production of targeted therapies.”

By adding more polymer “bristles” to bottle brush polymers (left), researchers have discovered a way to initiate and pause the self-assembly of crystals from solution. The crystals could one day be used to encapsulate medicine for targeted drug therapies.

“This spherical crystallography manifests in robust structures that we see in nature from egg shells to virus capsids, so we believe it is the ideal form to survive the rigors of delivering medication in the body.”

The technique Li uses to compel what would normally be a flake-like crystal to draw itself up into a sphere builds on his previous work with polymers that look like brushes and polymer crystals formed from emulsion droplets. Incorporating these pliable “bottle-brush” polymers as the structural system of the crystal allows Li to shape its growth by adjusting the “bristles” of the brush.

Li’s team also reports on how to pause the formation of the crystal, leaving holes in the sphere that could be useful for inserting a medicinal payload during the manufacturing process. Once filled, it can be closed with polymers tailored to help direct it to its target in the body, for example the tumor of
a cancer patient.