Aging cells could be the key to understanding and treating Alzheimer's. 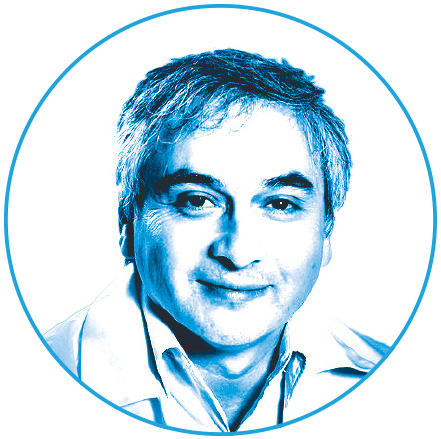 Torres is a research associate professor in the College of Medicine.

Scientists at the college of Medicine have discovered that a natural mechanism the body uses to fight against cancer could be the reason brain cells in people with Alzheimer’s disease deteriorate so rapidly.

Claudio Torres, a research associate professor in the College of Medicine and his team recently published findings in the open access journal PLOS ONE from a study that looks at astrocytes—star-shaped cells that make up more than 80 percent of the human nervous system—and the impact these cells have on the brain as they age.

Astrocytes are important communicators with the neurons in the brain—they are present in the human brain even before birth. These cells hold neurons in place, get nutrients to them and even digest parts of dead neurons.

“For a long time, people thought astrocytes were just like a glue for the brain to keep the neurons in place,” Torres says. “But in the last 10 to 15 years, we’re realizing these cells really play multiple functions—they help the whole brain.”

As we age, so do the astrocytes, and those that start to “senesce,” or cease replication, stop their usual and beneficial maintenance of the brain and instead become harmful. Senescence is believed to have evolved in the human body as a natural anti-cancer mechanism, Torres says. Senescent cells produce toxins and profoundly damage nearby cells that might have been affected by those toxins, an action that at one time may have been beneficial for fighting off cancer cells. But what may be considered helpful for fighting one disease could be accelerating another, Torres says. In the paper, he and his team suggest that an accumulation of these senescent astrocytes may link increased age and increased risk for sporadic Alzheimer’s disease.

Two years ago, Torres and his colleagues tested brain samples from fetuses, and from healthy individuals ages 35 to 50, and ages 78 to 90 in search of senescent astrocytes. They found healthy brains from those subjects over 35 had up to eight times more senescent cells than fetuses.

Torres says that while the cause of Alzheimer’s disease is still unclear, the greatest risk factor for the disease is aging. The key is to understand that senescent cells accumulate in life and to focus on their altered secretory pattern. In his paper, Torres writes, “Although it was once thought that senescent cells simply lack function, it is now known that senescent cells are functionally altered. They produce and secrete dangerous factors including pro-inflammatory signaling molecules and reactive oxygen species that severely affect neighboring cells, and may contribute to age-related declines in organ function.”

“It’s the secretion of the toxins that is the problem,” Torres explains. “We have to investigate how we can block the senescence-associated secretion of these cells. I think the best intervention here is to try to control the secretion, rather than to eliminate the cells.”

Torres adds that future research in this area includes experimenting to modulate the secretion of Interleukin-6, one of the major factors secreted by senescent astrocytes.