Freshwater mussels get little respect and even less attention. But two Drexel researchers believe these ‘underdog’ species might hold the key to the long-term revitalization of the Delaware River and its tributaries. _by Tim Hyland / photographs by Roger Thomas, Sylvan Klein and Danielle Kreeger 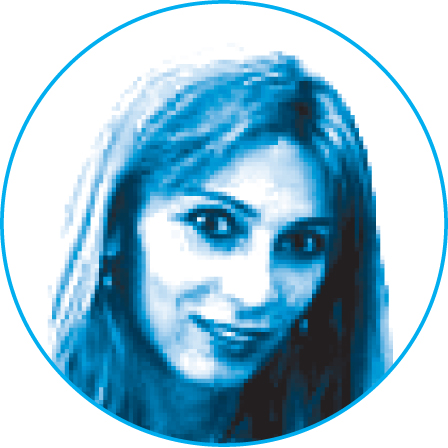 Kreeger is a research scientist at the Academy of Natural Sciences of Drexel University and research associate professor in Drexel's biodiversity, earth and environmental science (BEES) department.

In the Chesapeake Bay region, state and federal authorities have spent hundreds of millions of dollars to replenish the bay’s once-bountiful oyster populations.

Residents who live along the bay or on its many tributaries happily hang “oyster barrels”—essentially, makeshift oyster gardens—from their docks. Environmentalists speak passionately about the need to bring back the bay’s once-massive oyster bars—bars so huge, it is often said, that ships could run aground on them. And Chesapeake Bay watermen, who so often find themselves at odds with the environmentalists, talk nostalgically about how great things used to be on the bay, back when the oysters were thriving.

The deep and abiding love for the oyster down in Maryland and Virginia has little to do with culinary taste. Rather, so many different people with so many different interests pine for the return of the oyster because they know that, at the end of the day, few things could ever do more to improve the bay’s overall water quality—and, by extension, its overall value to the region—than a widespread oyster revival.

Just a single oyster is capable of filtering as much as a staggering 50 gallons of water a day, which means the tiny, unassuming oyster is nothing short of Mother Nature’s perfect little water treatment plant. Given the oyster’s remarkable ability to clean up fouled waters, then, it’s easy to see why everyone in bay country is so completely united in restoring them.

Travel a few hundred miles north, however, and you’re unlikely to find any such passion for the oyster’s ugly step-cousin—the freshwater mussel. Which, in Danielle Kreeger’s mind, is a great injustice. Because just as the oyster may well hold the key to the bay’s ultimate recovery, says Kreeger, so, too, do mussels hold vast potential to bring the freshwater river systems of the Delaware Estuary, including the troubled Delaware River, a huge step closer to their once-pristine states.

“They’re the ultimate underdogs,” says Kreeger, a research scientist at the Academy of Natural Sciences of Drexel University and research associate professor in Drexel’s new biodiversity, earth and environmental science (BEES) department, who has spent the past 15 years studying how a single mussel is capable of cleaning up to 20 gallons of water a day. “Very few people know anything about them. They get no respect. They have no eyes. They’ve got no charisma. They look like rocks. But when you see them in a tank, doing their thing, it’s like, ‘Whoa!’”

Canaries in the Coal Mine

The “thing” of which Kreeger speaks, of course, is filtering water.

Though they can’t quite compete with oysters in this department, mussels are still a hugely important natural water filter, with a single mussel capable of cleaning six gallons of water a day.

Where these mussels are plentiful (sadly, such areas are few and far between these days), the benefits to the wider ecosystem are enormous: By removing suspended solids and phytoplankton from the water, mussels can drastically improve water clarity, allowing light to more easily reach stream and river bottoms, thereby helping important underwater plants to thrive. At the same time, their waste serves as a natural fertilizer for those same plants.

Healthy mussel beds provide valuable habitat for any number of fish and other aquatic species, and help stabilize bottom sediments—no small issue for many urban waterways. They can even help remove dangerous pathogens from the rivers and streams in which they live.

“Where you find large populations of mussels, you find stable bank conditions, more stable substrates for other species, more habitat heterogeneity,” says Roger Thomas, co-principal investigator for the Academy’s Patrick Center of Environmental Research and member of Drexel’s new BEES department. “You have different elevations, little nooks and crannies for small fish and other animals to exploit. You get a greater variety of all species.”

There’s at least one other reason why mussels are important. According to Thomas and Kreeger, these species serve as canaries in the coal mine for freshwater ecosystems, providing scientists and environmentalists with a living gauge of water quality. On this point, scientists agree: The presence, diversity and overall population of mussels are important indicators of ecosystem health. When they are present, streams and rivers are healthier, more stable and more productive.

Which is why, of course, Drexel researchers and other partners are working so diligently, if anonymously, to help bring these mussels back.

“We’re trying to help the Chesapeake, not just the Delaware,” Kreeger says. “We’re involved in restoration of the oyster all over the bay, but now we also know we should not just be looking at the oyster, but also diversifying and looking at other species, including those higher up in the watershed, which are freshwater mussels. At the national scale, most people think about the oyster, but now we’re realizing you can intercept a lot of pollutants before they get to the bay by rebuilding the populations of these mussels, which used to number in the millions and millions in every stream in the region.”

‘Every Mussel is Precious’

Since 2007, the Partnership for the Delaware Estuary—for which Kreeger serves as science director—has been leading the Freshwater Mussel Recovery Program (FMRP), an initiative with the stated goal of fostering greater conservation and restoration of native mussels through the Delaware Estuary watershed and the Mid-Atlantic region.

FMRP officials believe that by reintroducing and supporting the expansion of these native species, they can improve water quality and habitat complexity, remove pollutants before they move downstream to the Delaware and Chesapeake bays, save endangered or threatened species, and generally make targeted waterways healthier. And they believe all of this is possible even in rivers such as the Delaware, which faces such daunting challenges as ever-increasing water diversion in its northernmost stretches (the river is a major supplier of water to New York City) and urban pollution as it flows through the cities of Philadelphia, Camden and Chester.

As part of this wider effort, Kreeger has been working with Thomas to document and more fully understand the state of mussels up and down the lower Delaware River, as well as its many tributaries, and identify which of these waterways might best support mussel repopulation in the years to come. And while both Kreeger and Thomas note that there is much work to be done, they say their recent work has turned up some promising signs for the oft-underestimated mussel.

In fact, a recent survey of the Delaware between Chester, Pa., and Trenton, N.J., revealed that the river is still home to seven different species of mussels, including two that were believed to be extinct in the region. This is in stark contrast to smaller streams which are lucky if they have only one species. The survey, Kreeger and Thomas say, offers hope that some mussels survived and might be more resilient than previously believed. Not only that, but a big comeback might now be possible since water quality and general ecosystem health is generally improving in the area.

For instance, Kreeger notes that even modest efforts to protect these species weren’t put into place until very recently. The idea that those small measures may already be making an impact for a species that struggles to replenish itself quickly—mussel reproduction, it seems, is a pretty complicated process—is an exciting one.

“Up until just a few years ago, these things were allowed to be taken for bait,” Kreeger says. “We had to press on that for a while. To me, every freshwater mussel is precious. Ten years ago, people were very concerned about the conservation of the [endangered] species, but not about the others. Now that the story is coming out about the water-quality benefits, everyone realizes that every mussel is important.”

Possibly as a result of this rising awareness, Kreeger adds, there is finally some momentum building behind freshwater mussel restoration.

During an outing on the northern reaches of the Delaware in mid-May, Kreeger and Thomas collected numerous different species, both male and female, then had one targeted species of the still-alive bivalves shipped immediately down to West Virginia. There, they would be delivered to a team of researchers who are working to perfect the art of mussel “farming,” with the ultimate goal of being able to replenish entire beds en masse.

The method is still being worked on, and such efforts probably won’t come to fruition for some time, but the researchers are hopeful that, someday, mussels will return in huge numbers to the Delaware. When that time comes, local residents will realize the importance of these freshwater underdogs.

“We talk about freshwater mussels sometimes and people who don’t know about these things will say, ‘Well, who cares? Why don’t we focus on fish?’” Kreeger says. “But we consider mussels to be the ultimate driver of ecosystem-based restoration.”