Ticks carry a multitude of bacteria that can harm human health, and a College of Medicine doctoral student is identifying all of them, in hopes of giving physicians ammunition against Lyme disease. Sonja Sherwood 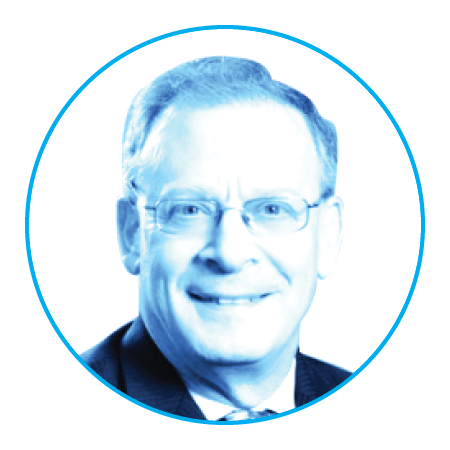 Ehrlich is a professor of microbiology and immunology and professor of otolaryngology–head and neck surgery in the College of Medicine.

Socarrás is a doctoral student of microbiology and immunology in the College of Medicine.

Laying inside a freezer in Drexel’s College of Medicine are 500 dead, mourned by no one.

The deer ticks, dog ticks, lone star ticks and other tiny parasites in the diminutive morgue traveled from nearly every state in the country to reach this resting place. They arrived in baggies or cookie tins or what-have-you, scooped from meadows and forests by helpful volunteers responding to a “call for specimens” on Drexel’s website that was posted by Kayla Socarrás, a doctoral student studying microbiology and immunology. Each tick contains multitudes of smaller organisms — a grab-bag of the pathogenic bacteria that make tick bites so hazardous.

Throughout 2018, Socarrás studied what makes these critters tick.

One by one, Socarrás ground them up and used a genome test to identify what percentage were infected with Borrelia burgdorferi, the bacteria that causes Lyme, or with other pathogens. Based on her work, she and her academic advisor, Drexel Professor of Microbiology and Immunology Garth Ehrlich, hope to come up with a better way to diagnose tick-borne infections.

“Ticks have been referred to as sewers. If you get a tick bite you might not just get Lyme disease, you might also get Bartonella or Babesia or Anaplasma or Rickettsia, or any combination of those. And a lot of these organisms can produce symptoms that overlap with the Lyme disease itself.”
–GARTH EHRLICH

When it comes to Lyme, getting the initial diagnosis right can make the difference between a passing illness and potentially a debilitating long-term disease. But diagnosis is tricky. Each of the harmful bacterium within a tick will trigger a different immune response in each person bitten.

“Ticks have been referred to as sewers,” says Ehrlich. “If you get a tick bite you might not just get Lyme disease, you might also get infections from Bartonella or Babesia or Anaplasma or Rickettsia, or any combination of those. And a lot of these organisms can produce symptoms that overlap with the Lyme disease itself.”

So what’s a scientist to do? Ehrlich and Socarrás realized that while it’s hard to pinpoint the pathogens infecting a person, it’s easy to diagnose infection in a tick using a powerful, proprietary pan-domain assay developed in Ehrlich’s lab a few years ago. The genetic test is capable of identifying every species of bacterium present in a sample. With their tick samples, they hope to establish benchmarks for the prevalence of pathogens by species and by geography, which could be helpful to a diagnosing physician.

“If your patient is in California and the most common co-infection in that region is Bartonella then they would know to routinely look for Bartonella infection and could test for it,” says Ehrlich. “It would help them treat people with the right antibiotic for the species.”

Theirs is an increasingly urgent research question, as the incidence of Lyme disease has tripled over the past 20 years in the United States.

With winters becoming warmer and human settlement affecting the mice and deer populations that ticks feed on, Lyme-carrying ticks are no longer concentrated in the Northeast. They’re spreading west, south and into urban parks once considered safe. They’re even appearing in Canada’s Hudson Bay for the first time in a lifetime, says Ehrlich.

“They’re now finding it in Scandinavia close to the Arctic Circle,” he says. “Lyme has been around for thousands of years — the Ice Man had a massive Borrelia burgdorferi infection. This is not new; it’s just that the prevalence has increased.”

But even as more people are seeking relief from Lyme’s flu-like symptoms, lethargy and joint aches, the standard approach to diagnosing and treating the infection has not advanced in three decades. 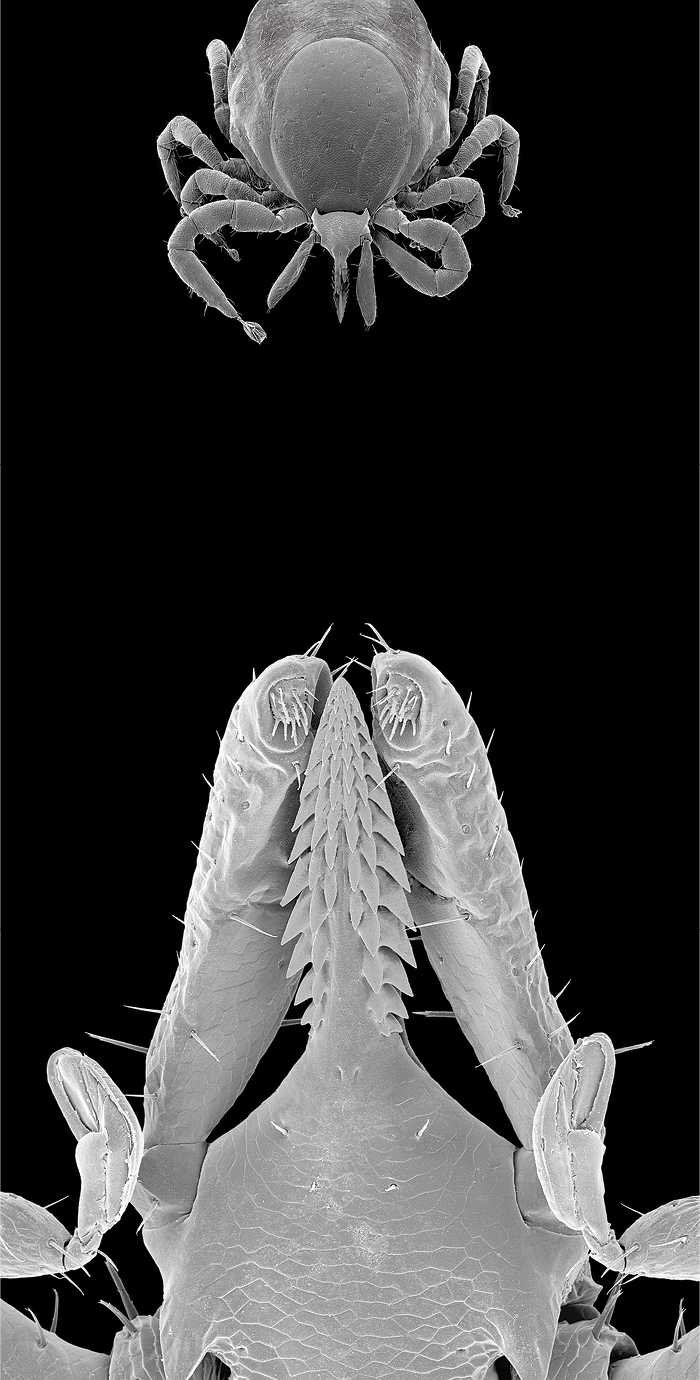 The Ixodes scapularis species known as a deer tick often carries Borrelia burgdorferi, the bacteria that cause Lyme disease.

Lyme is diagnosed either through observation — the tell-tale “bulls-eye rash” at the bite site — or by testing blood with an assay. But the bulls-eye rash is only present in about half the cases. And the assay is based on a single strain of Borrelia burgdorferi that was isolated 30 years ago — based on science that hasn’t kept up with contemporary understandings of how bacteria evolve.

Ehrlich has spent the past 20 years studying how bacteria gain a permanent foothold inside human tissues by building colonies within biofilms. Biofilms are slimy matrixes of living and dead bacteria cells bonded together by DNA, proteins and complex sugars that allow them to adhere to bodily surfaces and to each other. Biofilms make it easier for bacteria to elude antibiotics and the immune system by swapping genes or going dormant. This makes them extremely difficult for the body to eradicate and enables them to develop resistance to antibiotics, he says.

“Lyme is particularly pernicious in that its genome is unbelievably variable,” he says. “A single strain of bacteria might have 1,200 genes out of a possible 5,400 genes available at the species level.”

This is why, says Ehrlich, a single tick bite can result in a complex infection capable of morphing into a permanent illness, responsible for symptoms that can mimic other conditions, like multiple sclerosis and fibromyalgia. Worse, Borrelia burgdorferi can’t be cultured, so a doctor can’t just take a swab, grow it on a plate, and rule out Lyme disease. Once the spirochete gains a foothold in the brain or other organs, it’s almost impossible to defeat, Ehrlich says.

Another challenge to diagnosis is that many physicians don’t believe that Lyme can become chronic at all. It’s a subject of intense debate in medical circles, but there’s no doubt which side Ehrlich is on.

“Physicians tend to practice what they learn when they were residents,” says Ehrlich. “The biofilm concept in medicine has only been broadly recognized over the past 10 years, when we had a series of papers published in the Journal of the American Medical Association. I think there’s been a sea change just over the past two years. The evidence is just getting greater and greater and greater.”

At recent Lyme conferences Ehrlich has attended, physicians shared intriguing stories of patients suffering from conditions that may have been tick-borne diseases in disguise. One physician was able to reverse Alzheimer’s dementia in three patients who he determined had Lyme disease, by putting them on high-dose antibiotics. A psychiatrist noticed that some of the children referred to her had both bipolar disorder and Lyme disease; on a hunch, she tested all of her bipolar patients and determined that 90 percent were Lyme positive — she began treating them with antibiotics. Ehrlich recounts a case of a famous Duke oncologist with congestive heart failure; after he received a heart transplant, he was able to determine that the muscles of his heart had been massively infected with Borrelia burgdorferi.

Both Socarrás and Ehrlich have seen people close to them suffer from tick-borne illness. Socarrás, in fact, was inspired to enter the field of microbiology after experiences working in a doctor’s office with infected patients and talking to a research colleague at the University of New Haven who was misdiagnosed for half a decade. “She shared her own experience with Lyme and that’s what sealed the deal for me,” she says. Ehrlich, who grew up on a farm, counts himself lucky that he’s never been bitten, but his sister has been five times, and suffers from severe brain fog.

Ehrlich and his lab recently received funding from the Coulter-Drexel Translational Research Partnership to develop an anti-biofilm drug that would prevent bacteria from entering metabolic dormancy where they can survive antibiotics.

But the Holy Grail is a better diagnostic. Ehrlich is in discussions with others to roll out the pan domain genome assay as a clinical diagnostic for Lyme.

“If you had an adequate diagnostic then you would know definitely if somebody is or isn’t infected, but we don’t have that,” says Ehrlich. “And that’s where a lot of the problems and the controversy lies.”