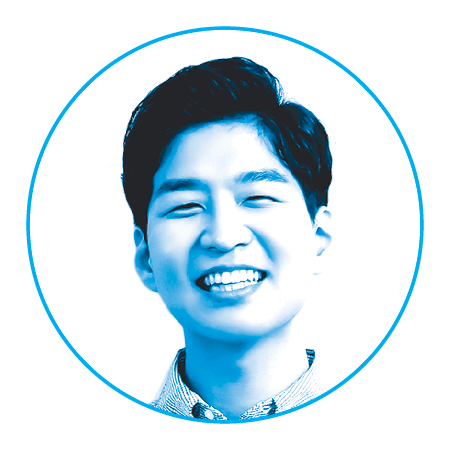 Oh is a PhD doctoral candidate in the Department of Psychology in the College of Arts and Sciences. 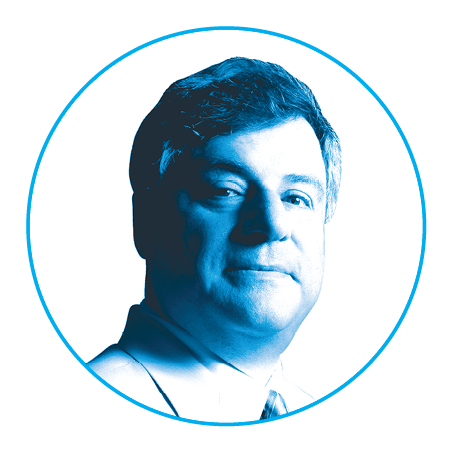 Kounios is a professor of psychology in the College of Arts and Sciences and director of the PhD program in Applied Cognitive and Brain Sciences.

What drove the evolutionary development of creativity? A new neuroimaging study from the College of Arts and Sciences points to an answer.

Led by doctoral candidate Yongtaek Oh and Psychology Professor John Kounios, director of Drexel’s Creativity Research Lab, the study (published in NeuroImage) revealed that creative insights can trigger a burst of activity in the brain’s reward system, the same pathways that also respond to delicious foods, addictive substances, orgasms and other basic pleasures. 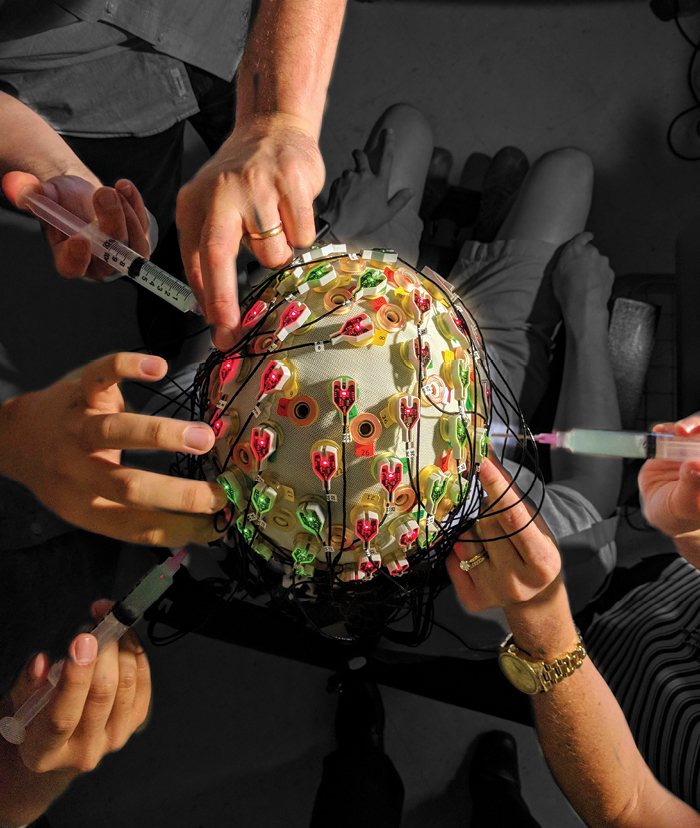 Researchers prepare a test subject by dispensing conductive electrode gel into the electrodes in an electroencephalogram (EEG) cap.

Sudden experiences of nonobvious perspectives, ideas or solutions can lead to inventions and other breakthroughs, with the added benefit of causing a rush of pleasure in some people.

Animation showing insight-related brain activity followed by neural reward-related activity. The map on the right shows activity associated with insight solutions minus activity associated with noninsight solutions. The appearance of the lightbulb marks the onset time of the insight-related activity recorded over left prefrontal cortex. The map on the left shows the reward-related activity recorded over right prefrontal cortex in individuals who are high in reward sensitivity. This reward signal is marked by the appearance of a lightbulb with a smiley face.

The team recorded people’s high-density electroencephalograms (EEGs) while they solved anagram puzzles. The activity required them to unscramble a set of letters to find a hidden word. Some solutions were achieved as insights that suddenly popped into awareness, while others were generated by methodic ally rearranging letters.

The test subjects also filled out a questionnaire that measured their “reward sensitivity,” a personality trait that reflects the degree to which an individual is motivated to gain rewards rather than avoiding losing them. Low-reward-sensitivity subjects experienced nearly as many insights as the high-reward-sensitivity ones, but their insights did not trigger a significant neural reward response.

So what can we conclude? Neural reward is not a necessary accompaniment to insight, though it occurs in many people and some people experience creative insights as intrinsically rewarding.