Differences in brains between ant workers with specialized behaviors suggests that the brainpower of social animals evolves to suit their role in their colony. 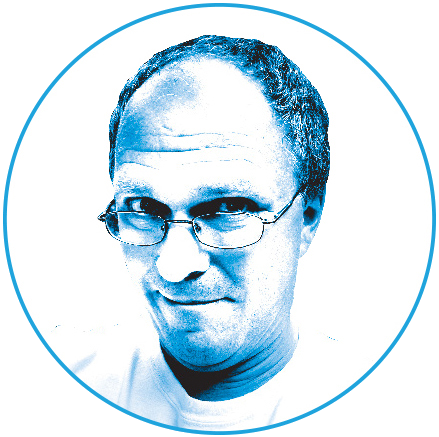 O’Donnell is a professor and associate department head for the Department of Biodiversity, Earth and Environmental Science in the College of Arts and Sciences.

Brains and brawn apparently don’t mix in army ant soldiers, a new study shows.The study in BMC Zoology showed that while army ant soldiers have larger bodies than their worker sisters, their brains are about the same size. Compared to their body size, then, the soldier ants have much smaller brains. 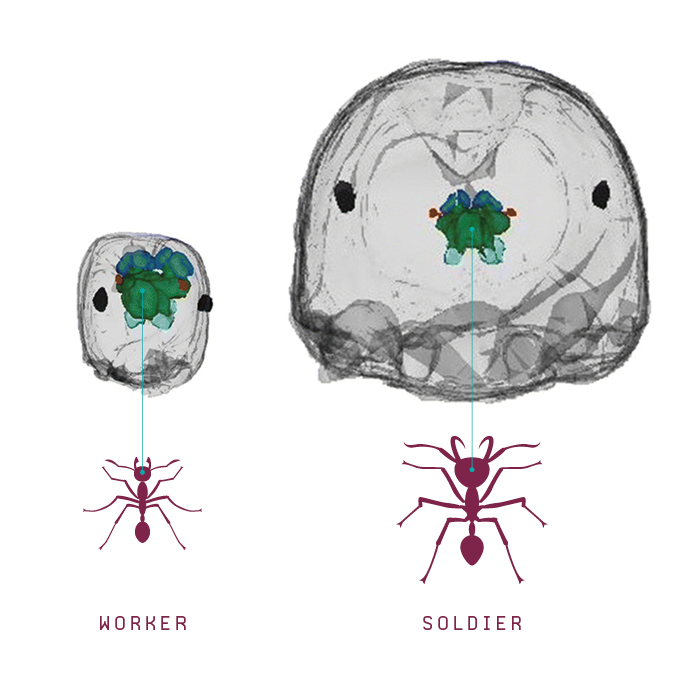 Why that occurs might have to do with how much energy it takes to develop and power brain tissue, according to Sean O’Donnell, a professor in the Department of Biodiversity, Earth and Environmental Science in the College of Arts and Sciences.

“The patterns we saw suggested natural selection favors efficient allocation of brain tissue, with the result of reduced investment in the behaviorally specialized soldiers,” O’Donnell says.

In many ants, individuals in a colony are divided into different “castes,” meaning group members play different roles to help the colony survive. In the Eciton genus, soldier ants are larger, stronger and have powerful mandibles that work like pincers to fight off predators threatening the colony. That is their only job.

Workers, meanwhile, have smaller bodies and mandibles more suited for grabbing and moving things. Their jobs aremore varied, ranging from hunting and collecting food to tending to the young.

As such, it follows that worker ants could have larger brains to complete a variety of tasks.

So, does that mean soldier ants are dumber than workers?

“I’m not sure I’d say dumber so much as simpler,” O’Donnell says.