_Good Luck from a Bad Storm 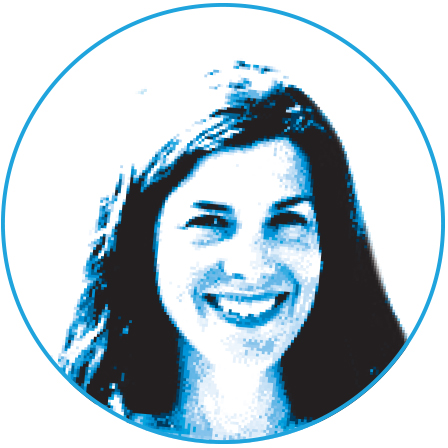 Quirk is an assistant professor in the BEES department and assistant scientist in the Academy of Natural sciences, whose research interests include wetland ecological function, human impact on wetland ecosystems, and organic links between different ecosystems.

Quirk, an Assistant Professor in the Department of Biodiversity, Earth and Environmental Science at Drexel University, had been performing wetland research for several years at monitoring sites in Barnegat and Delaware Bays in New Jersey. Recording devices installed at these sites continuously measured water level and salinity for a wide range of wetland studies.

As Sandy hit and water levels rose, those measurements continued.

“We have continuous data on how long these areas were flooded and how high the water rose at these sites,” said Quirk.

After Sandy, Quirk recognized that the storm data could provide new answers to the questions she’d been investigating about how wetland ecosystems sustain themselves and function. And she could learn how marshes respond to the severe disturbance effect of the storm, too.

Now she’s working on an intensive year-long project, begun in February and funded by the National Science Foundation, to evaluate ecosystem processes in New Jersey’s salt marshes before, during, and for a year following Hurricane Sandy.

The high water marks in these marshes during the storm were nowhere near as high as in areas on (normally) dry land – about two feet in the marshes, Quirk said, compared to seven feet in some hard-hit urban areas. Resilient, healthy wetlands near coastal areas clearly have a key role in protecting local communities from hurricane-induced storm surges and flooding.

So Quirk is interested in finding out whether the storm’s impact affected how the marshes sustain themselves. The disturbance of an intense storm could alter the delicate equilibrium between flooding, vegetation growth and sediment deposits in wetland ecosystems – either temporarily or long-term.

As sea level rises, some marsh locations are more vulnerable than others to becoming inundated with rising water, and part of Quirk’s plan entails comparing differences among six study sites in the Delaware Bay and Barnegat Bay.

“Marshes change their own elevation through plant growth and decomposition of organic material, and through sediment deposits,” Quirk said.

Decomposition is slow, but Sandy had the potential to deposit a lot of sediments, fast. That’s good for building up wetlands. But if the storm had not hit at an extreme high tide, then losses to erosion might have offset such gains.

“The prospect of future storms of this magnitude suggests that we will need to understand their effects on ecosystem dynamics as part of the ‘new normal,’” Quirk said.

Quirk is also working with Woods Hole Oceanographic Institute on modeling, to apply the specific-site data she collects toward the larger-scale picture of wetlands across the region.