Researchers are working to turn grasses that grow in areas unfit for farming into a new source of fuel and energy. 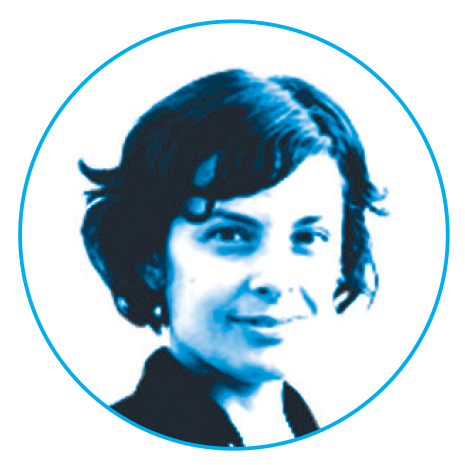 Spatari is an assistant professor of civil, architectural and environmental engineering in the College of Engineering.

Imagine using weeds like switchgrass and willow as fuel for your car or to heat your home. It’s possible, and the College of Engineering’s Sabrina Spatari is trying to provide some answers that could help propel the nation’s path toward finding a substitute for oil.

Spatari was selected by the U.S. Department of Agriculture to join three separate teams of researchers who are looking at ways to turn plants into fuel for vehicles and energy production.

“You have to imagine that the entire field of switchgrass is equivalent to the oil well.”

The process they’re investigating looks something like an incinerator at a waste management plant, but the material being fed into this reactor — the “feedstock” — is woody plants. The reactor heats plants in an oxygen-free environment at extremely high temperatures. Through pyrolysis, the feedstock is converted into a brown fluid called “bio-crude,” a precursor to biodiesel fuel.

“For this land-based model of energy production, you have to imagine that the entire field of switchgrass is equivalent to the oil well — the energy is coming from a much larger area of land and must then be condensed into a fuel source that is small enough to transport — this does not happen without consequences for the environment and for people,” says Spatari.

Spatari’s main concerns are the effects of using land for the fuel production process that had previously never been used to grow a crop that was harvested, either due to the slope, soil quality or climate. Several of the plants that are being researched as feedstocks — the base substance for making the biofuel — have been chosen because they grow in areas not being used for agriculture.

“We need to look at what happens to the soil and the water runoff in those areas if we actually start to harvest these plants,” Spatari says.

Another of Spatari’s models addresses the socio-economic impact of using farm land to grow these “energy crops.”

Guiding each of these models is the drive to minimize carbon-dioxide emissions. The USDA is funding six regional research groups throughout the country to investigate the feasibility of each area producing enough biofuel to support itself without having to transport fuel from other areas.

These teams are built to assess all aspects of the process: developing and breeding plant feedstocks, picking the best conversion process, examining the socio-economic impacts on the region and, Spatari’s contribution, life-cycle assessment.

“It’s important to take time for these calculations before beginning a project because if we can’t make this process environmentally preferable and economically feasible, if we can’t produce a fuel that, in the end, is cost competitive, or at least competitively priced compared to fossil fuels, then the technology will not be ready for the market,” Spatari says.