School of Public Health faculty explored the connections among health, well-being and public housing in a special issue of the peer-reviewed journal, Progress in Community Health Partnerships. 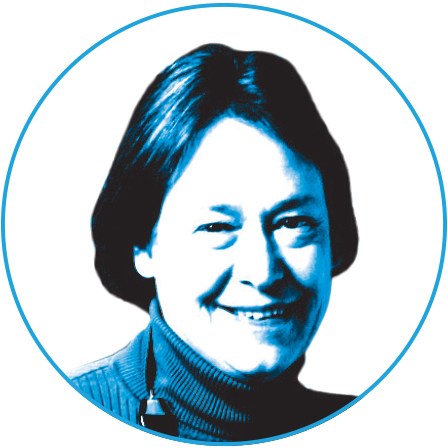 Klassen is a professor and chair of the Department of Community Health and Prevention and associate dean for research in the School of Public Health. Her public health research is on social determinants of chronic disease disparities, and the implementation and evaluation of individual and contextual interventions to reduce patterns of excess burden.

Faculty and staff members of the School of Public Health took over the peer-reviewed journal Progress in Community Health Partnerships: Research, Education, and Action for a special issue highlighting the health and well-being of public housing communities. The spring 2013 issue, which was titled, “Livable Communities: Partnerships to Sustain Healthful Public Housing,” was sponsored by the School of Public Health and the Health Partners of Philadelphia.

The idea for the partnership originated at the fourth HUD Livable Communities Conference, which was held at the Drexel University School of Public Health in October of 2011. Members of local and national government agencies and community health-centric non-profit organizations interacted with urban health academic researchers and public housing community members during the two-day event, which was split between a day of lectures and a day of interactive workshops.

“Livable Communities” focused on the health and well being of public housing residents and the space they live in. The nine articles that made up the journal were about seven different U.S. cities, with one each discussing Seattle, Washington D.C., Philadelphia, and Oakland, Calif. New York City and Boston were each the setting for two articles respectively.

“We looked for articles that were diverse and talked about different cities in different parts of the country,”says Ann C. Klassen, department chair and associate dean for research at the School of Public Health.

Klassen was among the Drexel faculty and staff who participated in the conference and also had a hand in the creation of the special issue. Professors Yvonne Michael, Nicole Vaughn and Renee Turchi, as well as Amy Confair, the community research and policy associate for the Office for Research at the School of Public Health, were also named special issue guest editors.

Klassen says the stories were also picked because of the broad range of topics in the equally broad range of cities and had to match the themes of the journal’s health-related issues.

Two of the stories concerned the obtainment of health status information from community members, and another two articles focused on the connection between the environment and the built attributes of housing with the long-term health of residents. Long-term affects were also discussed in two articles about the impact of community employment on the economy and social well-being of the community and community-related change.

Specific health-related issues were also evident in the journal, as evidenced by one article on the efforts to use public housing communities as natural groupings for health-related interventions. Other articles dealt with the need for community-level programs aiding HOBOs offered housing and also multi-ethnic communities that need culturally sensitive exercise programs.

Klassen hopes that in a couple of years, people will be citing the articles in the journal in their own work. But she has already had a more immediate insight into the influence of the conference.

“I think in Philly it really was a big boost for public housing communities,” she said. “It really pushed the Philadelphia Housing Authority and HUD into new partnerships.”