Medicaid expansion under the Affordable Care Act helped a significant number of minorities get timely access to kidney transplants.

After states expanded Medicaid to cover more low-income individuals under the Affordable Care Act (ACA), there was a significant boost in the number of chronic kidney disease patients with Medicaid coverage who were placed on the kidney transplant waiting list, according to a Drexel study. 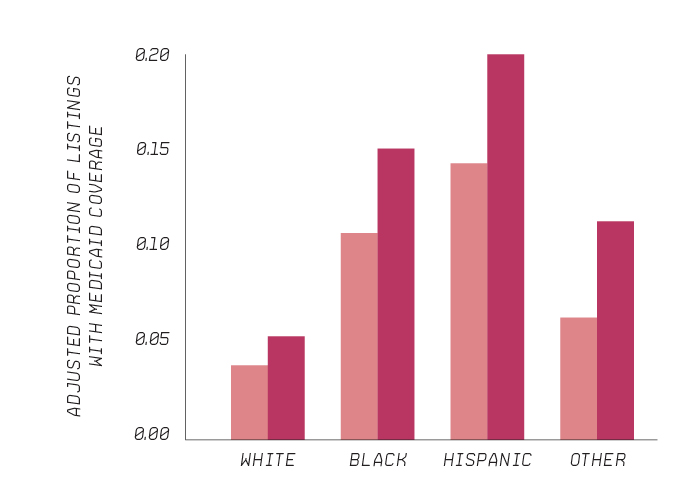 Thirty-one states and the District of Columbia fully implemented Medicaid expansion under the Affordable Care Act after Jan. 1, 2014. Medicaid expansion after this period was associated with larger percentage-point increases in Medicaid coverage for preemptive listing among racial and ethnic minority listings compared to white listings..

The study, which appeared in the Clinical Journal of the American Society of Nephrology, suggests that Medicaid expansion disproportionately benefitted previously uninsured racial and ethnic minorities and may have helped to curb racial and socioeconomic disparities in pre-dialysis chronic kidney disease care in the United States.

While black and Hispanic Americans have higher rates of kidney failure than white Americans, putting them at risk for organ failure, historically patients who were white or had private health insurance were more likely to receive timely access to kidney transplantation.