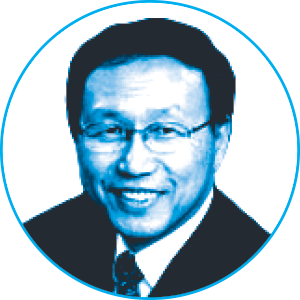 Cho is a professor in the Mechanical Engineering and Mechanics Department of the College of Engineering.

The heating, ventilation and air-conditioning systems used by large buildings tend not to get much attention unless they’re malfunctioning. But in these types of systems — which account for roughly 10 percent of all energy consumption in the country and are the largest users of water — even the smallest problems are amplified by the scale of the operation.

In large cooling systems, for example, mineral deposits or “scale” can build up over time on metal surfaces and result in inefficiency or malfunctions.

“Reduced efficiency increases operating costs for facilities but could also cause system failure that would cost hundreds of thousands to repair and leave buildings without air conditioning for weeks, cause data center cooling to fail, or make production at a manufacturing plant go down,” says Professor of Engineering Young Cho.

Cho invented a device that can generate an electric field to ward off scaling in systems of all sizes.

To prevent scaling, building operators have flushed out pipes, scraped them out, or used chemical additives — but each approach has undesirable costs and risks.

Cho’s approach is to create a low-voltage electric field along the surface of the pipes that turns dissolved calcium into soft particles. The particles collide and coalesce into larger particles that precipitate out of the water, thus preventing them from settling on the pipes.

The technology is dubbed “ion pinch” for its ability to snag the calcium ions before they can attach to the condenser pipes.

In its first trial run, Cho’s electronic descaling device was installed on a Drexel academic building with two side-by-side chillers. The chillers were given comparable workloads but only one had the device installed. Hourly data was collected on the performance of each chiller.

Not only did the unit with the electronic descaling device use 36 percent less energy than the control unit, but the test unit’s pipes were also scale-free.