Changes in how Philadelphia schools are policed aim to keep youth out of “the system.” 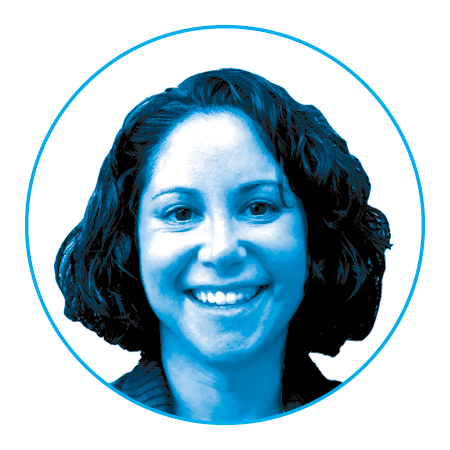 Goldstein is co-director of JD/PhD program in Law and Psychology, and an associate professor in the Department of Psychology in the College of Arts and Sciences.

Zero-tolerance policies in public schools have led to huge numbers of kids arrested. Once a juvenile enters the criminal justice system, the ramifications are profound.

“Now these kids have criminal records, so good luck getting a job, many are barred from the military, their families may no longer qualify for public housing, or other forms of public assistance,” says Naomi Goldstein, an associate professor in the Department of Psychology in the College of Arts and Sciences.

Goldstein is part of a city-led effort to significantly reduce the rate of juvenile arrests in Philadelphia schools.

Zero tolerance policies in Philadelphia schools once led to about 1,500 students arrested annually in city schools.

$600,000 was awarded by the U.S. Department of Justice, Office of Juvenile Justice and Delinquency Prevention to support the Philadelphia School Police Diversion Program. The grant will fund, in part, Drexel’s evaluation of the program.

She was tapped last year to evaluate the Philadelphia School Police Diversion Program, which was established in 2014 and fully operational in all Philadelphia public schools by this past May.

It’s a diversion program, which means that students committing lower-level offenses on school property who don’t have criminal histories are not to be arrested. Instead, they are diverted to prevention programming, a one-time second chance for these students.

“The objective was to reduce the number of school-based arrests by 50 percent annually,” says Goldstein. “By April 2015, arrests were down by 55 percent, relative to the same period during the previous year.”