_The Science of Stickiness

The Drexel study on Ponera, a genus of ants that possesses “sticky appendages,” could provide insight on potential applications outside of the insect kingdom. 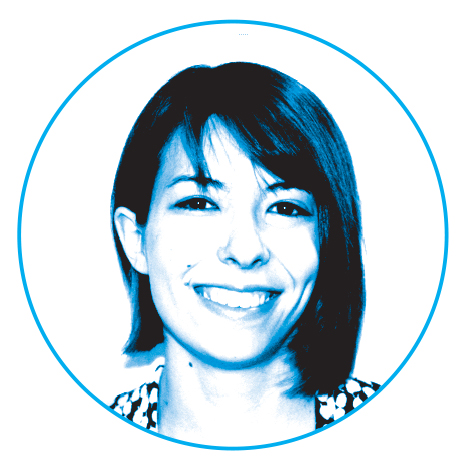 Baudier is a PhD student in the Department of Biodiversity, Earth and Environmental Science (BEES).

When the Rolling Stones released its classic album “Sticky Fingers” in 1971 with a provocative Andy Warhol-designed cover, it garnered a fair amount of controversy in the United States.

The album has become something of an inspiration for a team of scientists in the Department of Biodiversity, Earth and Environmental Science (BEES). Their new research into the evolution, workings and purpose of “viscous fingers” or “sticky appendages” on a primitive but understudied ant genus may not shock the world. But these particular ants have some very sticky fingers, and there may be potential applications that could attract much wider interest.

Dig up a nest of ponerine ants, and you’re likely to see larvae defying gravity, clinging to the nest chamber walls. Prying them off takes considerable effort, says BEES graduate student Kaitlin Baudier. Sean O’Donnell, Baudier’s adviser and the associate department head for BEES, encouraged her to investigate the evolution and mechanism of the tiny “sticky tubercles” on the dorsal side of the larvae that facilitate the connection.

Baudier has long been fascinated by ants. As a PhD candidate, part of the draw of coming to Drexel after completing her undergraduate degree at Louisiana State University was the chance to work with O’Donnell, a recognized leader in the field of social insects.

“I got to look at all the specimens and got to know their species, so to speak. It was great because I got to look at a wide diverse sample of ants and find a lot of interesting topics that were pretty fascinating,” she says.

Using ponerine ant specimens that O’Donnell had brought back from a previous expedition to Costa Rica, Baudier first looked to determine whether the shape and function of the sticky tubercles had changed over time. Her literature review turned up hand-drawn illustrations and descriptions of the tubercles from similar ants made by a Japanese scientist in 1927.

“With modern technology, it’s interesting to take another look at them,” she says. “We found a few specimens that have an interesting-shaped pad that are a little different from other ones that are often talked about in literature.”

Baudier and O’Donnell partnered with Marjorie Austero and Caroline Schauer of the Materials Engineering Department to study the exterior surface of the sticky tubercles using scanning electron microscope technology. They used a parsimony analysis of the ponerine ant subfamily to reconstruct ancestral states.

What they discovered is that the ancestors of ponerine ants likely did not have sticky tubercles, and that they’ve evolved at least four times within subfamily ponerinae.

Furthermore, the imaging and histological tests of the tubercles’ anatomy revealed the surface of the tubercles to be smooth and non-porous. So if the ant larvae are producing a sticky compound through a chemical process, it’s not being emitted through the surface pads.

That doesn’t rule out the possibility of chemical adhesion; additional analysis is needed to reach that conclusion, Baudier says. However, for some ants within the subfamily, their findings mean an alternative mechanism could be generating the adhesion. There are 17 unknown genera that could provide a more accurate assessment.

Additional research is also needed to quantify just how sticky the sticky substance is and to determine if there are any practical applications for its use in the human world. For now, Baudier says, “mum’s the word.”