The malacology collection at the Academy of Natural Sciences of Drexel University is one of the largest in the world, numbering more than 8 million specimens, with examples of roughly half the known living species of mollusk. 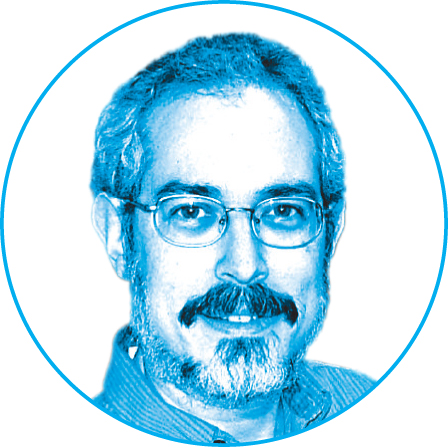 Rosenberg is the Pilsbry Chair and Curator of Malacology at the Academy of Natural Sciences of Drexel University. His research focuses on the magnitude and origin of species-level diversity in the Mollusca phylum.

The malacology collection at the Academy of Natural Sciences of Drexel University is one of the largest in the world, numbering more than 8 million specimens, with examples of roughly half the known living species of mollusk.

As the oldest collection of its kind in North America, the collection of mollusk at the Academy of Natural Sciences of Drexel University is rich in type specimens, which are of great scientific importance because they are the original specimens upon which a new species is based. The collection has marine, terrestrial and freshwater specimens from all parts of the world, with greatest strength in North America, Asia and Oceania.

The type specimens in the malacology collection are accessible through visits to the Academy, something not always feasible for researchers overseas. But a recent grant from the National Science Foundation is helping Academy scientists share this collection with researchers around the world. The three-year grant is funding production of digital images of thousands of type specimens. The specimens are being imaged with regular photographic equipment and smaller ones also with a scanning electron microscope, or SEM.

“There are about 12,000 specimens, and with several views of each specimen, plus pictures of the labels, we’ll end up with something like 60,000 images online,” says Gary Rosenberg, head of the Academy’s Malacology Department and principal investigator of the project.

The SEM allows a viewer to see features of a specimen that cannot be captured through traditional photography. This is especially helpful since many of the type specimens measure less than 3 millimeters.

“We’re also upgrading our database information and linking each type specimen to the original bibliography where the descriptions were published,” he added. One full-time project manager and two Drexel co-op students will each need to work at a rate of one type sample per hour to complete the imaging and database upgrade in the three-year period. It’s a huge amount of work, but the team is determined.

“Type specimens are the standard of reference to be sure you’ve identified a species correctly,” Rosenberg says. “By making pictures of our types available online, we’re giving scientists all over the world access to information. And since we have material from all over the world, we’re democratizing science.”

Placing images of these type specimens online will not just increase the research value of the Academy’s collection but will also help scientists determine the conservation status of particular mollusk species, which is urgently needed throughout the world.